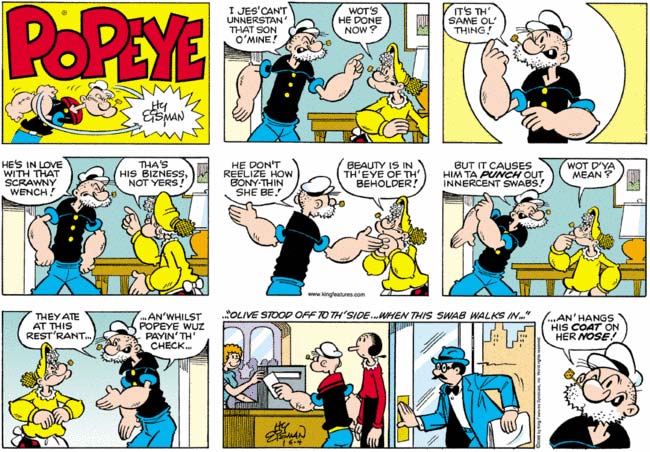 So as I have mentioned, I’ve been reading Popeye lately. The daily comic is pretty bizarre, though admittedly no more bizarre than any other iteration of the whole Popeye mythos, if you think about it. Anyway, one of the things in the Popeye comic that’s new to me is the presence of Popeye’s parents. Popeye’s father (or “Pappy”) is blatantly just Popeye with a beard; more disturbing is the fact that Popeye’s mother is blatantly just Popeye in drag. And not very convincing drag at that. Don’t their corncob pipes knock into each other when they make out? 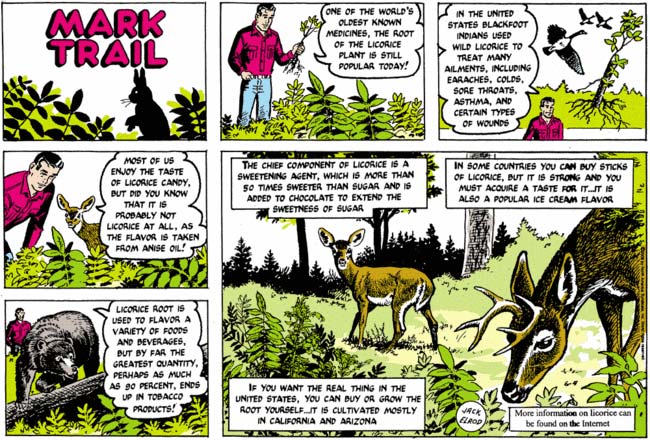 After a few minutes of staring at this message in dumb fascination, though, I realized something very important about it: unlike the rest of the text in this comic, it’s not in Jack Elrod’s handwriting. I think it’s pretty clear that ol’ Jack orignally wrote something there that the syndicate didn’t want you to see. My theory is that the text box contained instructions on using licorice to get high. Or maybe a shout-out to Elrod’s homies in prison.