OK, kids, I’m going to post a weekend’s worth of comics later this morning, but first: this week’s COTW runners-up:

“You guys can keep ignoring it all you want, but no one — and I mean NO ONE — is exploring the many, many ways the word ‘punchbowl’ can be used for humor like TDIET’s Al Scaduto.” –gump worsley

“I’m so glad Sam and Horace are taking the high road, keeping the campaign focused on the issues — like Reggie’s fat, rich, alcoholic wife.” –Dennis Jimenez

“I’m sick of mustachioed foob characters using their lips for things (kissing, trumpet mouthpiece playing). It grosses me out.” –anne

“Sometimes a cigar is just a cigar. Other times, it is a disturbingly inappropriate prop trying to compensate for the lack of visual excitement in Judge Parker: Tales From the Closet.” –Decker

“I was unaware of One Big Happy until tonight, which shall forever be known as ‘Black Tuesday.'” –Joe

“If they made a movie about Gil Thorp they could just use chunks of firewood. It would be no less lifelike than the characters, and since all the action happens offscreen it really doesn’t matter that they’re inanimate.” –RentedMule

“I’m concerned about the lumpiness of the chaplain [in Beetle Bailey]. His head is nothing but tumor on top of tumor. And I’m guessing that odd crescent-wedge below his nose is his mouth, but the mechanics of his jaw frighten me.” –Blueline

“Then they could have a domestic disturbance, because a plugger marriage counselor is an episode of Cops.” –Steve S

JP: “‘You know what the doctor said about cigars!’ …Dr. Freud? Yeah, we know.” –Mibbitmaker

“Mary’s going to try another route to reach Dr. Jeff Cory? I think I get what’s intimated here but the way she said it it sounds like she may have just realized that the world is in fact round. ‘He’s so far away! But I can try another route, heading west to get to the Indies instead of our usual eastern trade route! That will show you all.'” –arlo

“‘Your husband can’t walk and has the mind of a child.’ ‘Then at least he’s happy.’ Yeah, happy as a child who CAN’T WALK!” –Ran

“And Horace’s wife is a fox. He doesn’t care if she is 15. And his granddaughter.” –smacky

“Are those… things… on either side just above Olive Oyl’s negative-space hips supposed to be her breasts, sagging and torn after years and years of over-zealous manipulation at the spinach-fueled fingers of her cyclopean beau?!” –Wirrrn

“I think Mark Trail has honestly stopped caring. For the past three days, it’s, ‘We should save Molly … yep … any time now. Ah, forget it. Lets just drink beer and talk about how they’re going to horribly mutilate her.'” –Monkey’s Paw

“Can’t you see that the poachers are going soft? Molly can melt her way into anyone’s heart. It’s Reverse Stockholm Syndrome. First they won’t be able to kill her, then they will save her from a giant mallard and everyone will have a good cry. Then Molly will eat them. Or french them, whatever.” –ben

“So, I know this is a problem that comes up periodically in the horrifying Dr. Moreau-meets-Git-R-Done world of Pluggers, but a chicken owning a pet cat is just asking for trouble.” –Cold Eels, Distant Thoughts

“So, when Dr. Jeff doesn’t return her calls, Mary Worth heads down to his kids’ workplace to harass them about it? I’m pretty sure this is covered in the definition of ‘stalking.'” –Donut

“This is Mary Worth and so disappointment is inevitable.” –Dactyl

“I’ve already given my ass to Margo, but Tommie has stolen my heart with her adorable self-doubt.” –dramashoes 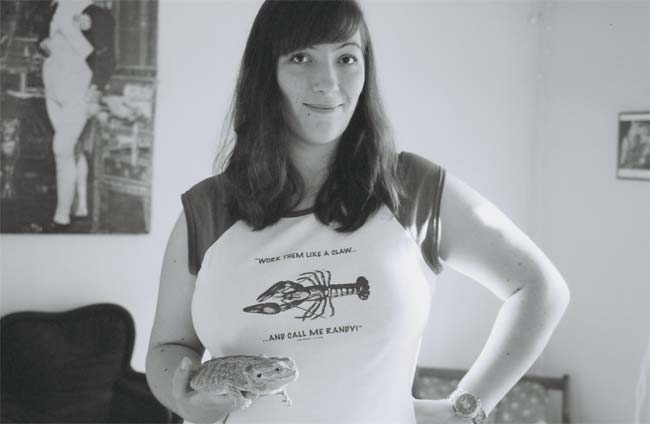 You too can be like Non-Shannon by (a) buying stuff from my store and (b) (this is the important part) sending me a picture of you wearing it.

Finally, in a new weekly feature here at the Comics Curmudgeon, I’d like to thank this week’s advertisers: