Oh, really, Warren. Did you believe that you would be safe in your own head if you were trying to woo a Patterson lass? Did you believe that every stray synapse firing wouldn’t be held up against an impossible jury to find you unworthy? Did you think that we wouldn’t be able to see into your very soul? Clearly, you have shown that you cannot be allowed to marry Liz. The only one pure enough of heart is the Mustache, who begged her to wait for him right after she was almost raped, when he was still married. ONLY THE MUSTACHE IS COMPLETELY PURE OF MIND AND READY FOR THE AWESOME MAJESTY OF LIZ. 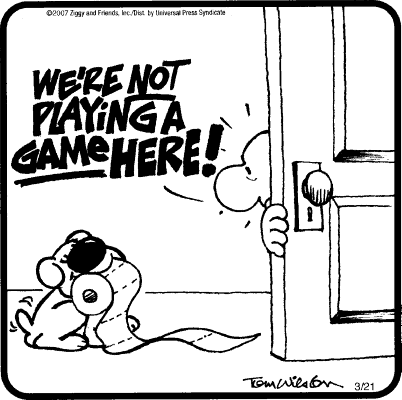 Ha ha! Ziggy has to wipe, but his dog won’t let him! This is simultaneously the most disgusting and most hilarious Ziggy ever.