Hi all! As usual for a Monday night COTW post, you’ve got some random stuff to sit through, some of it Anthony-Elizabeth related, ’cause I know you’re all into that! First off, those of you who are the young kids of today and who use the Facebook or whatever might be interested in two Facebook “pieces of flair,” created by faithful reader Holy Prepuce. Show your Facebook friends what you think of Elizabeth’s new groom, here and here!

Also, faithful reader Dan sent me this pic and note: 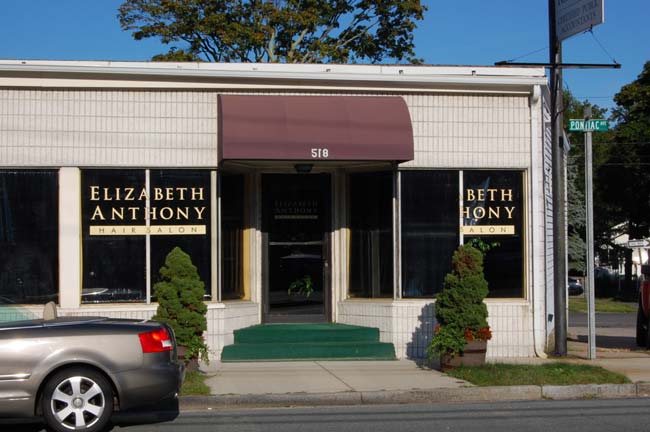 In honor of the Patterson-Caine wedding, I snapped this photo of a local (Cranston, RI) hair salon that happens (?) to have the same name as the soon-to-be-newlyweds. I’ve never been inside the salon, so I can’t confirm whether they offer mustache grooming services. 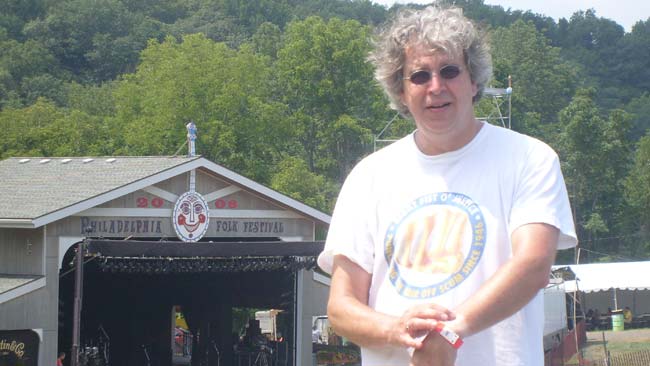 I got two tickets to the Philadelphia folk festival from a friend with the only stipulation being I wear my Fist O’ Justice shirt and send you a picture of me in it at the Folk Fest.

Joe, you have held up your end of the bargain, so here is the pic! You earned those tickets good!

And now, the comment of the week you’ve all been waiting for:

“Toby’s internal monologue about doing what one needs to has inspired the artist in me! Now I’m off to create a bowel movement.” –Mooncattie

Funny yet disgusting, which as you know is what we like around here. Also funny (and in some cases disgusting) are the runners up!

“Considering where the words and pictures land in that thought balloon (and considering their thoroughly effed-up marital dynamic), I’m willing to believe that Toby is actually imagining Ian offering that complimentary paragraph on his own behalf — probably because he actually said it at some point. While not wearing a shirt.” –ChargeMan

“Oh, crap, Ian is Toby’s HUSBAND?!? I’ve only been half paying attention to this storyline and assumed he was a senile uncle or perhaps an old man she sees at the bus stop occasionally and feels sorry for. Thank God this is Mary Worth or this union might have actually been consummated!” –Joe Blevins

“What the hell is she talking about — ‘Life is short?’ She’s a character in Rex Morgan. Every day takes a minimum of three months. She got to Rex’s office early, and has been there maybe an hour, and that’s taken at least a week.” –AMC

“I’m still not sure what happened in Gil Thorp. Did he film ninety minutes of countryside? Is the boredom of a bus ride supposed to be a deterrent to playing minor league ball? Is Coach so antiquated that he is unaware of boredom canceling technology like iPods, DVD players, books, and sleeping?” –WillieO

“I love the expression on Jimmy’s face in Panel 1 of Gil Thorp. ‘Two DVDs from Elmer marked “Kalamazoo Bound.” LET’S GRIND IT UP AND SNORT IT!'” –survivor

“If anyone in BGSS were going to be playing an instrument, it’d be a gutbucket, wouldn’t it? Is that squeezed like a bunch of elongated nipples? No, really, I want to know. I played the bassoon, so I haven’t a clue about what hillbillies play. I’m elite like Barack Obama.” –Oddball Cargo

“Also, I do not truly believe that Elizabeth has been ‘giddy,’ ever, in her entire life. That would involve too much unclenching. And ‘tired,’ seriously? Is she practicing for the wedding night?” –goldamarlin

“By the way, I think Grandpa Jim is faking it. Boxcars, that man’s got the right idea. I predict Uncle Phil and several others will follow his lead and soon be having sudden ‘attacks’ and ‘flare-ups,’ excusing themselves from this ritualistic eye poison.” –PeteMoss

“Seriously though, WTF? Teal carnations don’t exist in nature for a reason, y’know.” –The Sparrow

“There have been a lot of clues that Ted Forth is a Comics Curmudgeon reader. But I’d have to say his underemployment has been the big tip-off.” –Edgy DC

The unemployed who put cash in my tip jar deserve special praise! Our advertisers are equally special: