GUYS, don’t forget that The Internet Read Aloud, my biweekly live comedy show in Los Angeles, is happening this coming Thursday, in Los Angeles! Here’s the Facebook event, check it out! 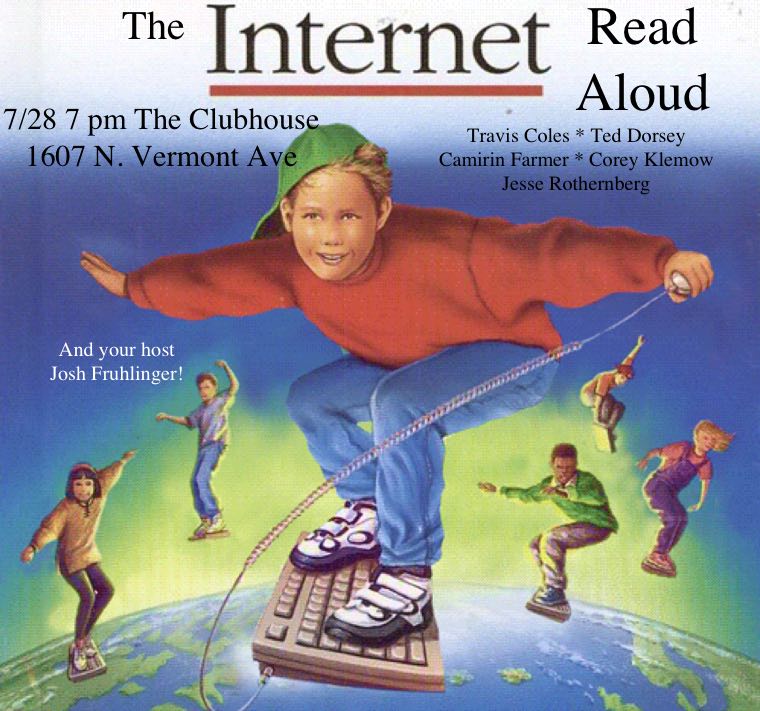 “MJ is always careful to look her best when she wears that all-purple outfit. She knows that with grape power comes grape responsibility.” –Shrug

“Of the 537 British detective series available on Netflix, Herpes Carp is the 3rd most focused on angling.” –Downpuppy

“I got here as soon as I read about the Australian fish STDs! [puff, puff] Has anyone said ‘carp clap’ yet? [puff, puff]” –Ukulele Ike

“‘Your friend Stephen is very nice, Peter.’ ‘I doubt if Baron Mordo or the dread Dormmamu would agree with you, honey.’ ‘Goddammit, Peter! Can’t we just talk occasionally?'” –Joe Blevins

“Cool, real cool. I’m sitting here at my underpaying, unsatisfying dead end job while Glinda is running around helping out one individual chicken live a better life. Thanks a lot.” –Chareth Cutestory

“I can only guess that this sudden outpouring of largesse means that Billy thinks he’s dying.” –Artist formerly known as Ben

“One of the main side effects of Vicodin use is constipation which apparently gets worse as it is abused. I am looking forward to Mary administering an enema to Tommy as she quotes Albert Camus.” –Mikey

“That’s the sound effect we get for that scene, really? Just … ‘Crunch?’” –Joe Btfsplk

“Great, now I need to learn an instrument write a bunch of songs and form a band so this can be our album cover.” –Gregory Adams, on Facebook

“You all are expecting drama to come. This is the happy conclusion to this story. (Mary Worth, brought to you by Pfizer Laboratories.)” –Johnnycakes

“Of all the creatures that call the briny blue their home, none is more feared by sailors than the Sea Mime.” –pugfuggly

“So, if I’m reading perspective correctly in Judge Parker, young Sophie’s legs barely go up to the top of a minivan wheel. Is she sitting in a state approved booster seat?” –Voshkod

“Thank you, Mary Worth, for raising awareness about the dangers of growing out your hair like some kind of hippie teenager.” –John Salerno, on Facebook

“So, are the two hot dogs orbiting around Honey’s ass or just levitating behind it reverently?” –Aphthakid

“I see Loretta has found a way to experience joy, or least a reasonable facsimile: getting really, really high.” –Alan

“My dream is to live in a town with only one bass player and no drummers.” –Tim Pendergast, on Facebook

“I can tell how emotionally invested I am in the Funky Winkerbean characters by noting that my first thought reading today’s strip was an irritated ‘Darin should have fallen into the ocean, not onto the deck.’” –Naked Bunny with a Whip

“Darin! I knew we shouldn’t have worn the de rigueur head to toe black of smugglers against a pale blue sky! Oh, struck down by fashion again.” –Joe Momma

“Looks like the end of another Darin’ adventure! Ha ha, we’ve had fun here today, but you know what’s not fun? Cancer. No PSA coming, just thought I’d bring that up.” –Dan

“What do you think is the funniest part of today’s Mother Goose and Grimm? Is it the man in cage so small that he cannot move for so long that his beard is growing through the bars? Or the bones of dead rats scattered around the floor? For me, the hilarity is in the fact that the speaker’s manacles are twice as big as his hands: he could walk away from this nightmare at any time if he had an ounce of sanity left, but he doesn’t. Ha-ha-ha!!” –handsome Harry Backstayge, idol of a million other women