Hey y’all! If you’re in LA, you’ll get a special chance to see me in a show that’s not my show, for once! There’s improv and character bits, and I’m doing my most beloved (i.e. only) character bit: GARY THE EMOTIONALLY FRAGILE SUBSTITUTE YOGA INSTRUCTOR!! 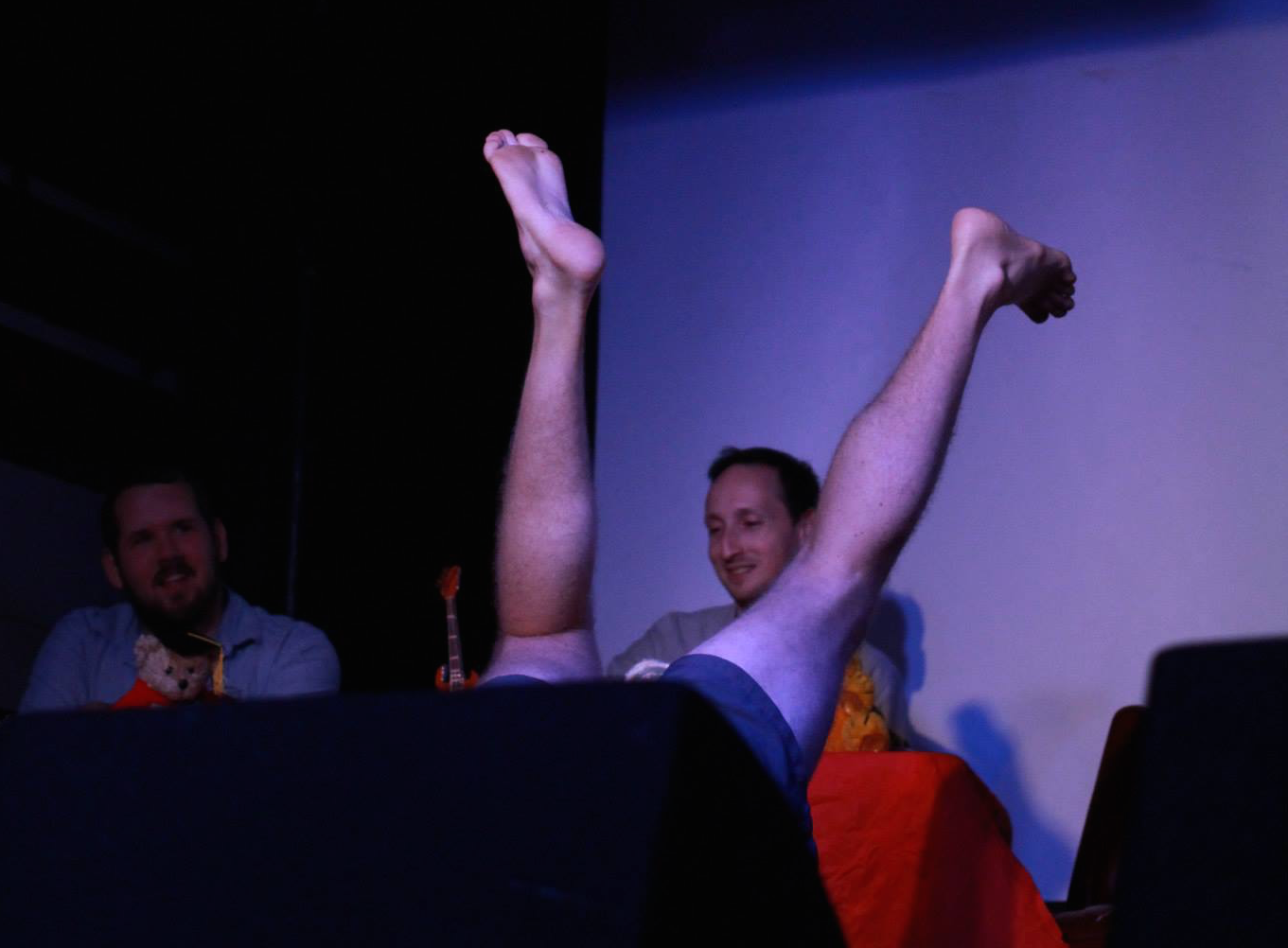 Oh, but, also, I am of course doing my own show, The Internet Read Aloud, on 12/1, but Thanksgiving is coming up and you need to plan NOW. Here’s the Facebook event for THAT! Doooo it!

And, finally, what you’ve all been waiting for: the comment of the week.

“Say, honey, I know you make all the money in the family now and I haven’t worked in months, but I think once we get to Miami we should skip the Uber and take a chauffeured limousine instead. I would hate for the guy who may or may not be a grotesque supervillain to see us looking less than fancy when he either greets us warmly or tries to kill us.” –BigTed

Oh but you’ve also been waiting for the runners up, which are as always hilarious!

“Is Walt still alive? Or is this strip showing us his personal hell?” –Tom T.

“That mailman has exceeded the OSHA-mandated Maximum Chin Limit by quite some way.” –Hergen

“Maybe it’s just me, but I find the throwaway panel in which Dennis imagines murdering Mr. Wilson in what the old man erroneously thinks is just cosplay pretty menacing.” –Alan

“Of course, what Dolly doesn’t know is that God keeps track of all of our sins on an unsecured database hosted by Amazon Web Services. Sure, it’s in ‘the cloud,’ but the moment Lucifer figures out the right URL, we are all screwed, and He can launch his DDOS attack on Heaven itself.” –Voshkod

“Snuffy and Barlow had a violent argument about who was allowed to wear that outfit. ‘THE HAT IS DIFFERENT!’ ‘IT’S NOT DIFFERENT ENOUGH!!!!’” –Joe Blevins

“That’s a noble sentiment you’re trying to convey to your husband, April, but before you get into the messy details I think you should review the concept of empathy himself for him. ‘Do I think about the people I put in prison and what it does to them… Wait, do those people continue to exist after I stop thinking about them? Oh god, that’s horrible…'” –pugfuggly

“Batuik continues working towards his masterplan: eventually all the characters will be dead from cancer, and yet the strip will keep featuring them and never end.” –Horace Broon

“Cacti are not native to north Africa so it’s a bit surprising that A) there are any B) the locals aren’t more interested and C) they’re a a weird shade of neon brown. Get your act together, Crock. Mark Trail would be all over this shit.” –Escape Zeppelin

“The fact that there are four Ys, four Es, four As, four Us, four Gs, but only three Hs in ‘YYYYEEEEAAAAUUUUGGGGHHH!’ indicates that the poor fucker is dead at the end of this episode.” –Mysterious Shirtless Lawyer

“Hmm, Josh thinks that Corbin comes from the French, when I saw that name in the comic, even before reading Josh’s spiel, I wondered if that was a Semitic name coming from Korban, which means dedicated (https://en.wikipedia.org/wiki/Korban), and since Jesus’ time it had a negative connotation to it: the pharisees couldn’t support their elderly parents because all of their money was already dedicated to the temple, ‘Sorry mom and dad I’d like to put you in a nice nursing home, but I already dedicated that money to the temple.’ So I thought Family Circus was going to take a real dark turn, where Billy neglects his parents out of revenge for a bad meal served 40 years earlier. Revenge is a dish best served cold. Corbin indeed.” –CowKing

“Say what you will about him, it’s nice that Dagwood is warning his coworkers of his psychotic break and how much time they have left before he kills and devours them to satisfy the Void within.” –Dread