Hey all! Your comment of the week in a moment, but first, a bit of housekeeping: some of you got in touch with me earlier this week about your browser attempting to download a file called DriverUpdate.exe when visiting my site. I believe the ads that were causing the problem have now been fixed. But, if you notice this behavior again, please (a) do not give the file permission to download, (b) don’t click on it if it does (it’s not going to hurt your computer, but it might try to trick you into buying things you don’t need), and (c) take a screenshot of the browser window with joshreads.com in it so I can diagnose the problem. Specifically I need to see the Taboola ads in the left sidebar, the ones that look like this: 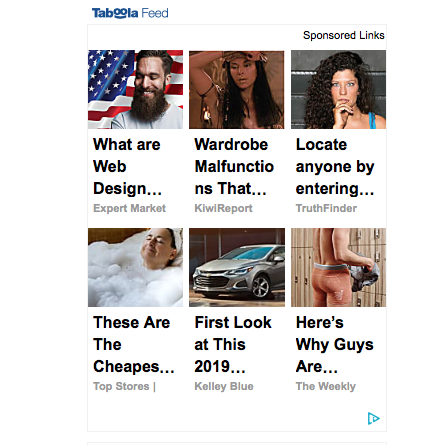 In more fun news, I was recently a guest on the Obsessed podcast, hosted by the handsome and talented Joseph Scrimshaw, where I got to talk about my obsession that feeds all my other dorky obsessions: Wikipedia. Take a listen, won’t you?

“A few strips ago Peter Parker was desperate not to be recognized as Spider-Man. Yet here he is, making annoying and puerile insults while hoping the villains will explain everything to him, which is Spider-Man’s signature move.” –pachoo

And your runners up! They’re very funny!

“I think it’s sad that Mindy has no friend to stand up with her other than her future sister-in-law. But perhaps it’s for the best — if she had friends we might have to start following their exciting life stories, too.” –Arabella

“You can duct tape Peter Parker’s mouth, but you can never duct tape his mind. And that is a shame.” –Joe Blevins

“How was that weird? Don’t your parents, friends and acquaintances pretend you don’t exist, even for days in a row?” –Ettorre

“It may look like the usual three-panel daily, but this is a single panel broken by pure, white, architectural columns. Rusty is experiencing a mild break with reality and is being counseled by twin, imaginary Maras (Marae?). ‘Becky couldn’t hear you, Rusty, but we can. Come play with us, Rusty.’” –The Mighty Captain E

“I’ll see you at the ’19th Hole’. You’ll both need to carry me down to the parking lot and one of you will need to drive my car. Think you can handle a 1996 Camry, playa?” –Foodar

“I really like how Peter’s inner monologue has to remind him who people are to keep him on task. Hey Peter! That Wilson Fisk guy is the Kingpin. You remember? The supervillain you fought last year? Hey, are you paying attention or thinking of old Columbo episodes? Damnit, FOCUS! I don’t want to end up with *another* concussion!” –pugfuggly

“Pretty mean of the plugger to point out that performers in Branson can’t get a booking anywhere else.” –nescio

“Until I had a revelation … don’t sample your own wares! You don’t have to be a meth-head to sell meth! So anyway, I’m gonna need to you to take these fake IDs and go around town buying Sudafed.” –The Mighty Untrained FOOZLE

“My favorite part of today’s Mary Worth is that you could switch the panel order and have it make just as much sense. I imagine Tommy has been stuck in a loop for the last hour or so, and Brandy is calculating the quickest way to drown herself.” –Irrischano

“By ‘broke my computer,’ I assume she means that casino security goons smashed the tablet she was running her card-counting program on over her head. And by ‘two commandments,’ I assume she means stealing and killing, which is how she got out of there alive. This comic is far more exciting than we thought!” –BigTed

“I hope the strip devolves into an endless parade of poorly-disguised names. ‘I wish we could get Pedsi here, but of course McArnold’s sells only Coba-Cola products.’ ‘Mmm-hm. Mind if I steal a few of your Freng fries?’ I hope the strip gets itself canceled, is what I’m saying.” –Peanut Gallery

“So, I heard they were bringing back Murphy Brown, but I had no idea they’d hired David Cronenberg as a show runner.” –Where’s Rocky

“Rusty watched in silence as the woman bowed and handed the ivory mask to the unknown man. ‘You have done well, my loyal servant,’ the man said in a rumbling deep voice that turned Rusty’s knees to water. The man placed the mask to his face and began to howl. The woman knelt prayerfully, chanting in a lost language, as the man clawed at the mask. Rusty gasped as blood began to run down from under the mask. ‘At last,’ the man finally said, his voice somehow deeper, shaking the entire ruin. ‘At last I return to the Fifth World from Mictlan. Blood and flesh is my treasure!’ ‘Hail Mictlantecuhtli,’ the woman screamed. ‘Huh,’ Rusty said to the girl. ‘Is that a toucan over there? Let’s go see the toucan!’” –Voshkod

“You and my father are different people, Tommy! By which I mean, you are literally not the same person. And I believe in us, specifically your likelihood to relapse and my ability to get a date with the hot dude just down the boardwalk who probably doesn’t have a triggering background and isn’t wearing jorts. Adieu!” –Drew Funk