Hi everyone! TONIGHT is the latest fun edition of the Internet Read Aloud, my live Internet-themed comedy show, in Los Angeles! 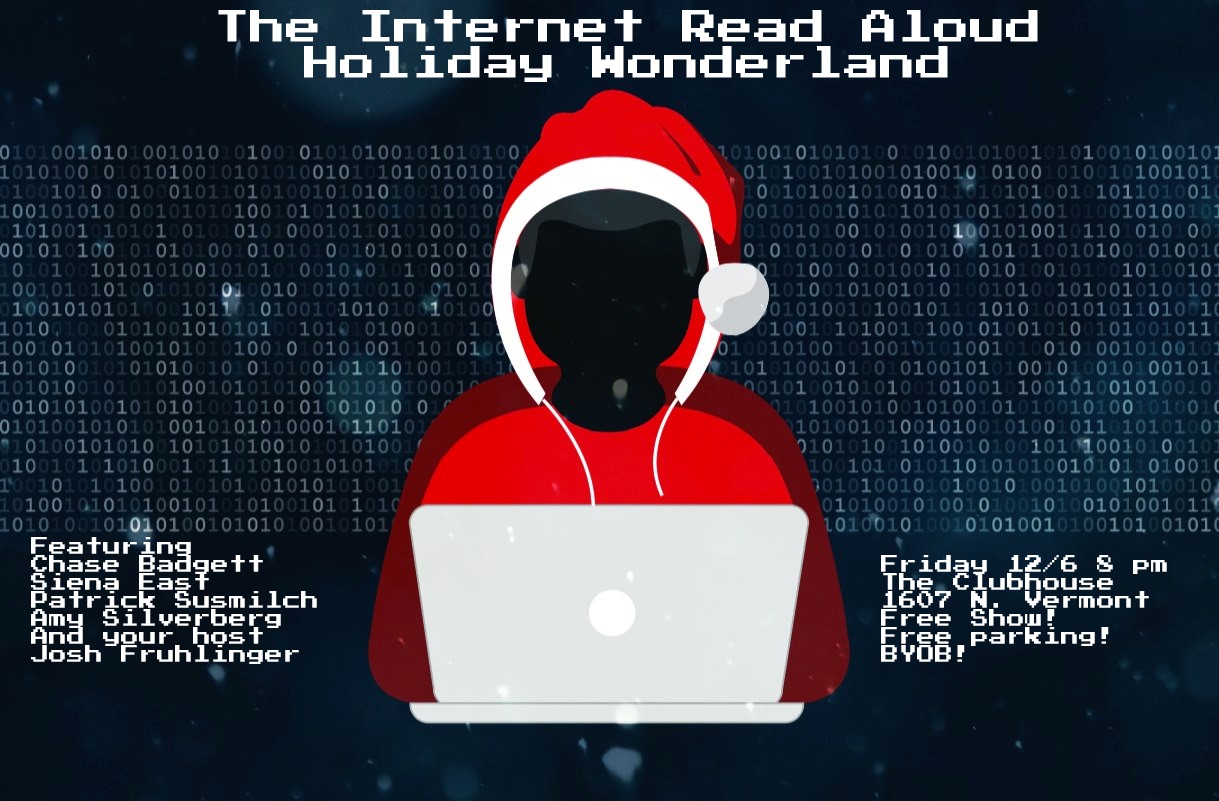 And if you’re tired of me always plugging this show because you “don’t live in Los Angeles and have no intention of going there” or whatever, GOOD NEWS: if you live in the San Francisco Bay Area or plan to go there, you can see The Internet Read Aloud at SF SketchFest 2020!

The show is on Saturday, January 18 at 10 pm and I’m cohosting it with Rifftrax’s Conor Lastowka! Performers include Bill Corbett of MST3K/Rifftrax, Laser Malena-Webber of the Doubleclicks, Natasha Muse, and some more people that we haven’t booked yet but will soon! Seating is limited so get your tickets now!

Also, it’s Friday so don’t think I’ve forgotten the comment of the week, yo!

“150 yards for Chance Macy and 60 more for Charlie Roh. Unfortunately, the rest of the starting lineup was out with the measles and the bench players were all making TikToks about whatever Euphoria is.” –Irrischano

The runners up: Also hilarious!

“My immediate assumption when I saw the last panel was that Snuffy was ticked off on account of because the Parson took all the best and biggest portions of Sunday dinner for his very own self. In Snuffy’s own cabin, yet. Or is that someone else’s cabin? Like Elviney’s cabin? Or is it the parsonage? If it’s the parsonage, why are Loweezy and Elviney hanging around there? Or do they do all the cooking for the Parson, which might also account for Snuffy’s rage? This is the most thought I’ve ever given to a BG&SS, and given the meager results for the effort invested, I don’t intend to ever do it again.” –Poteet

“If you’re looking for a liquor you can discreetly pour into your afternoon coffee in order to get a mild buzz at work, cabernet sauvignon is not the way to go. The packaging is clunky and obvious, plus it’ll taste weird. Go with rum or brandy, maybe some cheap Grand Marnier knockoff, since you’ll want to save the real thing for home.” –Artist formerly known as Ben

“According to our records, Mr. Wise, your HMO will only cover your wife’s caesarean if you perform the operation yourself. Now please follow me into this room where we have the DIY training video ready for you to watch.” –guillermo el chiclero

“‘Catch up, pal. No one cares,’ is a perfectly succinct recap of every Gil Thorp story.” –TheDiva

“On board for more ‘young dynamo‘-like euphemisms for ‘Zak likes to fuck.’ Hoping we get an ‘energetic,’ an ‘insatiable,’ and dare I even dream, a reference to the ‘Zak attack.’” –Dan

“The anatomy of that rightmost chicken is messing with me. Does she have two left wings, with the rightmost one resting on her head, or does she have an enormous ass with a huge row of feathers leading up to her head? I’m not even going to get into her apparent psychic powers, I would just like to know how many asses she has.” –Enlong

“Darrin and Mopey Pete sure look happy that they managed to get the old guy to dredge up bad memories. ‘The topic clearly upsets him! Score!’” –JJ48

“When Zak says he’ll order ‘special meals,’ he means Ensure, right? Or maybe liver and onions? He doesn’t know much about the care and feeding of the elderly, but, God love him, he tries.” –Handsome Harry Backstayge, Idol of a Million Other Women

“I hear you’re going through menopause, a perfectly natural change of life with symptoms that can range from mild to severe. Let me do more for you! I can run errands, get you special meals, take care of your adult son, hire the finest medical specialists, enroll you in clinical trials, get you a live-in private nurse, buy one of those medical beds with bars on the side, put you in a plastic bubble, date younger women to take the pressure off you — anything! I’m never too busy for you, Iris!” –BigTed

“I would look up some instances in which Pluggers has hypocritically glorified the phenomenon commonly known as ‘plumber’s butt’ but then I’d probably get arrested.” –Chyron HR

“Man I love the vicious side-eye that plugger is giving. ‘How dare that skinny boy use up that much cotton twill for his meagre buttocks! My 45″ waistline weeps for that wasted fabric!’” –pugfuggly

“‘I saw London, sonny-boy, from the bombsite of my Dornier. Saw Paris, too, when we flew over in triumph. And in the Luftwaffe we wore our pants high and tight!’ Pluggers have escaped justice and lived among us for many years.” –Voshkod

“With brilliant jokes like ‘municipal and metropolitan sound a bit similar,’ it’s not hard to see why over 300 newspapers still run Crankshaft, somehow.” –Schroduck

“Can anyone make out Chet’s CVV code? I need to do a little Christmas shopping. He owes us one.” –Old School Allie Cat