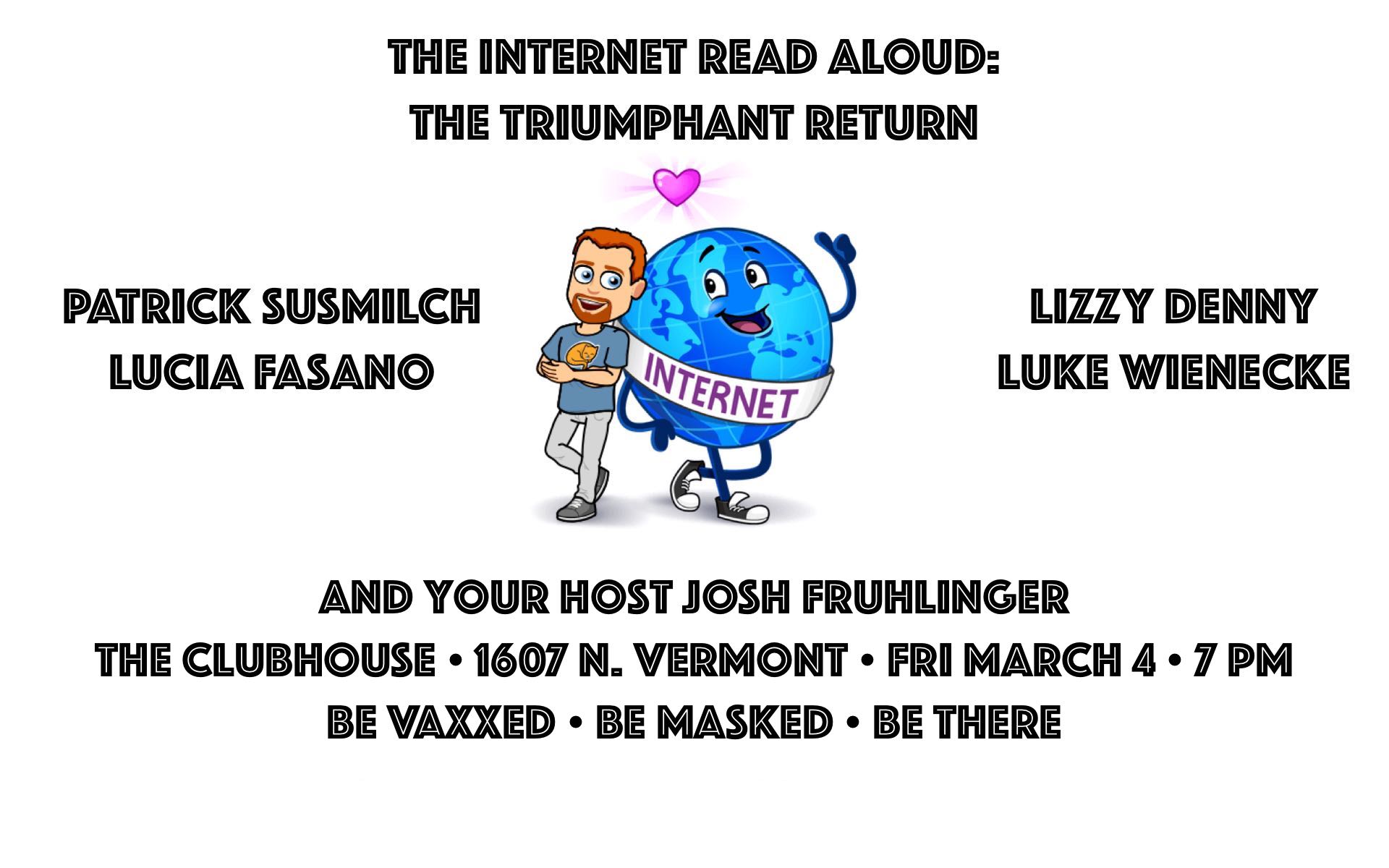 Look at all these beautiful faces that you will see make comedy noises at you! 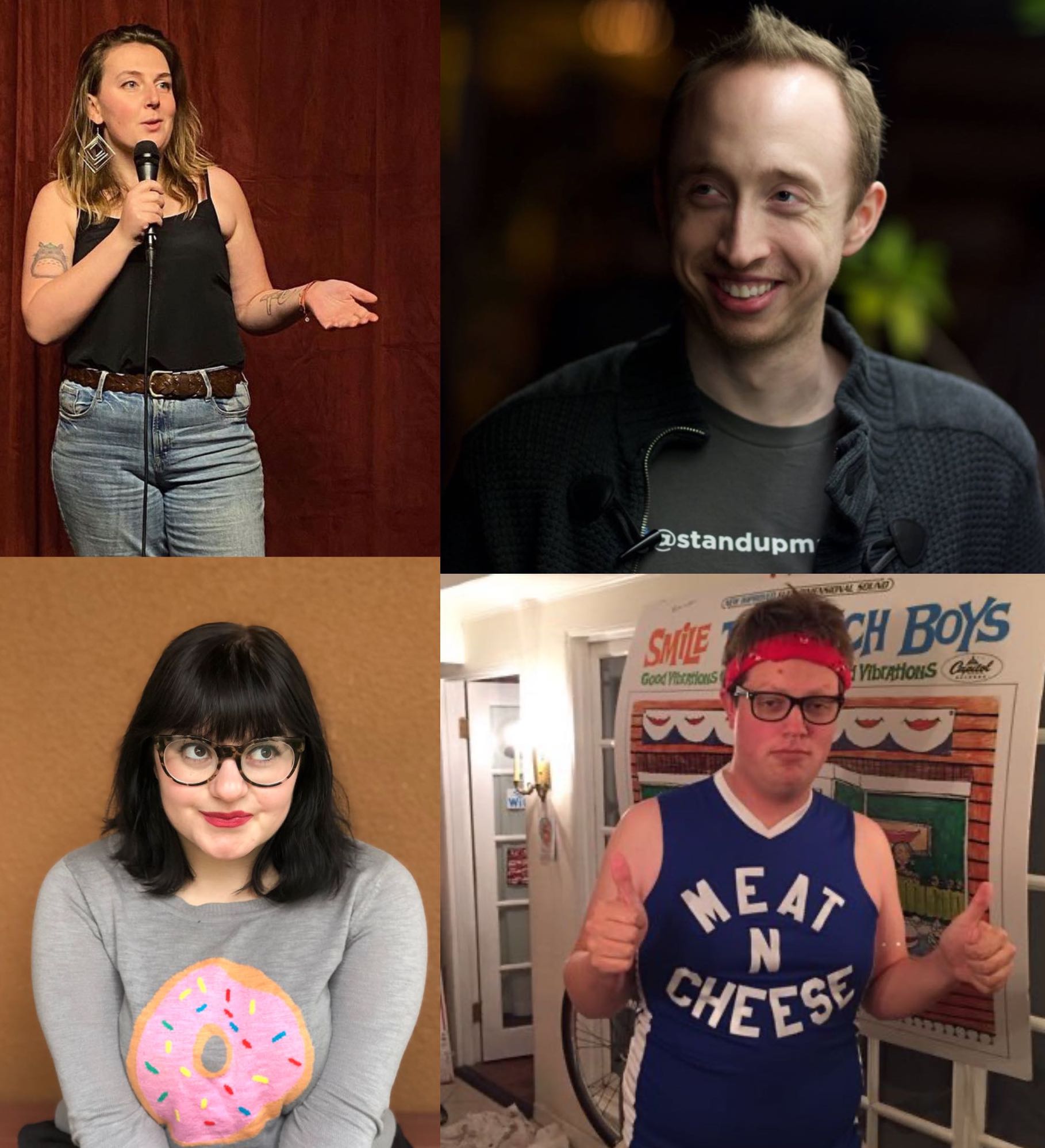 Here’s the Facebook event, if you’re interested! We used to have the show at 8 but now it’s at 7, so be sure to come at 7 if you come!

“The chances that this guy’s name isn’t even ‘Harley’? Extremely high.” –TwiggyJake, on Twitter

“An uncommon mouth is so much better than those vulgar, common mouths that the peasants have … you know, fit only for chewing gruel.” –Vulcan With A Mullet

“The Teachers Workroom: Because getting through a conversation with these coworkers is a chore.” –Joe Blevins

“If Toby has such an uncommon mouth, how come she had to use her HANDS to catch and throw that Frisbee?” –Charterstoned

“Bird and reptile propaganda will try to spin this tragedy as proof of the superiority of laying eggs.” –Ettorre

“Why are they throwing around a lid to an industrial-sized jar of peanut butter? Surely, frisbees aren’t that expensive.” –taig

“Slylock knows why there aren’t enough life jackets: they wasted one on Max.” –nescio

“Once again the comics have unveiled a new super-niche kink demographic, in Fifty Shades of Frisbee.” –Ben Harper, on Twitter

“Actually, Leroy, that’s not a spa; Loretta’s going to a meeting of SPA — Spouse Poisoner’s Anonymous. Enjoy your laughs … while you can.” –Pozzo

“Dagwood chuckled to himself, softly, upon hearing Dithers’ conversation around the corner. A compromise, he called it. If only the boss knew that by donning the colors of Mardi Gras, that Bacchanalia of fatty fried cuisine, Dagwood’s power had doubled — nay, quadrupled in intensity. He had gained a modicum of control over his universe. Dagwood decided to start out small — manifesting bits of floating confetti here, maintaining the temperature of the gumbo there — but soon, like boiling a frog in a pot, little by little, he would increase his influence. Yes — by this time tomorrow, there would be no tomorrow. There would be only Mardi Gras, now and forever.” –Austria

“The television in the breakroom at DitherCo is constantly tuned to the Holiday Channel, your number one source for holiday information. Today it’s wall-to-wall coverage of Mardi Gras; tomorrow, it features Ash Wednesday, Texas Independence Day, and a short clip on Sri Lanka’s Air Force Day that runs at like 2 A.M.” –Voshkod

“For a brief moment I thought a medical professional was finally going to get to the bottom of whatever the hell has been going on with Dagwood’s neck for the last 90ish years.” –tristanitis, on Twitter

“It’s nice to see them showing some creativity by moving on from ripping off sixty year old Marvel comics to ripping off forty year old Captain Planet cartoons.” –Where’s Rocky?

“Tonight, Les Moore will corner Marvin’s dad in a dark alley with a knife to his throat, hissing ‘This is your last warning: stay out of heavy-lidded smug ennui if you know what’s good for you.’” –pastordan

“Look at that face. He is so proud of himself, y’all. He practiced in the mirror all last night, running the plan over and over again: “First I throw the Frisbee at her! And she’ll throw it back! And then we’ll be playing Frisbee, and then I’ll seal the deal by saying I’m glad I initiated a fling with her, and then she’ll laugh, and laugh, and then we’ll do the thing I drew us doing two nights ago, only we’ll do it on a pile of Frisbees.’” –els

“Ugh, go to Funky Winkerbean with that wordplay, Cal. At least they’d have the sense to be appalled and disgusted by it.” –TheDiva