Summer’s coming, folks, and you know what that means … time to head down to the beach and enjoy your laptop, and also head to the Clubhouse in Los Feliz one week from tonight for The Internet Read Aloud, America’s favorite live comedy show about the internet! 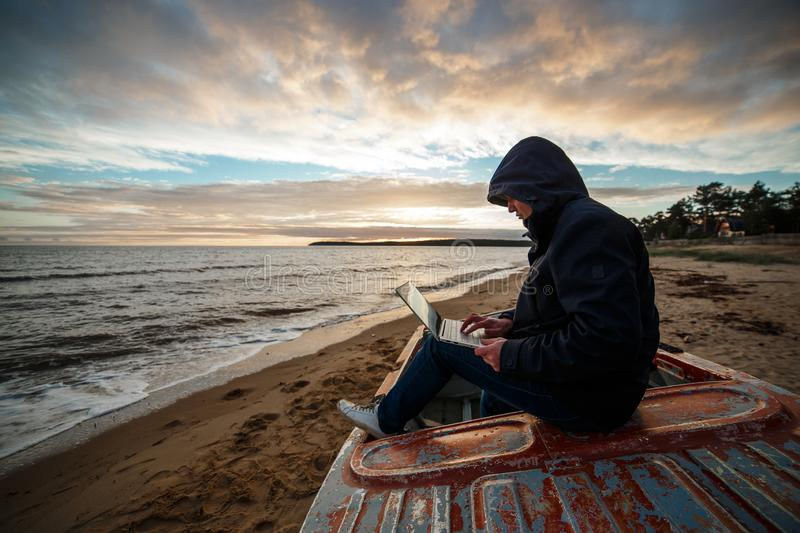 Here’s the Facebook event, please come and enjoy the japery!

But for now, please enjoy this comment of the week:

And these runners up are very funny as well!

“Honestly Billy, you should just be happy that dad corrected your grammar and didn’t comment on the inanity of what you said. ‘Funner than school’? Wow, bravo, thanks for sharing your insights.” –pugfuggly

“Oh, I remember now! The train ran over me and I was killed. Next thing I knew, I was here. But is this Heaven or Hell?’ ‘We seem pretty comfortable. But maybe what’s Heaven for us is Hell for somebody else.’ [looks directly at audience]” –Peanut Gallery

“God, the Hateachothers have such a miserable relationship — having friends over, going golfing together, sharing an embrace under the stars, dining at a trendy gastropub, sitting and reading together! No wonder they need to regularly seek assistance from a marriage counselor!” –Harold

“Thank god for that sign. Otherwise, this would just be a dog grinning slyly as he watches a baby take a shit.” –Joe Blevins

“As Mary hits her control, the monitor switches from the tepid smooching of Ian and Toby to the mild hand-holding of Dawn and Jared. ‘It’s early,’ she thinks. ‘The real action won’t start till dusk.’” –Hibbleton

“Summer is a great time to be in love. It is the only time of the eons when the female desires companionship. The male of the species approaches the female. She lays her eggs. He fertilizes them. She devours his head, then leaves the nest to resume her life. In Fall, the larva hatch. What? Why you do look at me strangely with your eyeballs of gel? Is this not how mating works in your dimension?” –Dread

“Not sure what the hair’s about, but I’m thinking either ‘lacking a strong male authority figure in her life, Dawn is pursuing guys who remind her not of her dad but of Mary Worth,’ or ‘Jared killed Laura Palmer.’” –Dan

“Give a hoot? Don’t compute.” –nescio

“I’m picturing someone flipping through a zoology picture book and just laughing at page after page. Then they go to a zoo to see some real live jokes, and the next thing you know they’re doing a confessional YouTube video with poop in their hair going ‘I don’t think baboons are jokes anymore.’ And that’s how Jared knows such people really exist.” –Amelie Wikström

“Mary Worth is clearly attempting to get on the NFT bandwagon. Get your Dispirited Baboons here, only $200,000!” –Anonymous

“To be fair, 25¢ for one scoop, 60¢ for two scoops and 75¢ for three scoops is an insane pricing structure, and after taking account of the cone, one scoop is clearly the best value proposition here.” –WaitedForGodot

“[buries face in hands] [leans elbows on desk] [sighs heavily] Guys, look, I just… frozen TV dinners come in single-serve boxes with, like various ‘dishes’ in a little segmented tray. Okay? That’s just how they’re made. They’re not in a box of, I’m gonna say, ice cream cones that you then return to the freezer with, I’m gonna say, the ketchup and mustard you inexplicably keep in there. And once they’re heated, they don’t look like, I’m gonna say, oatmeal with raisins. It’s just… nothing about this works; you know that, right?” –els

“Given this is 2022, either Mr Wilson is an immortal being whose immortality stuck to old age — explaining why he is always so pissed off — or his parents were beatniks/hippies who raised him without television. Both options would actually be interesting, so neither is the case.” –Ettorre

“‘We have two more bodies at the Cougar Encounter, gonna need some tranq darts and a clean-up crew.’ ‘Christ, what is wrong with people? We put up signs warning them that they’ll encounter a cougar and they still walk right on in. I don’t know what more we can do!’” –Voshkod

“For us it’s two panels of facts about zoo animals nobody asked for. For Dawn it’s been two years of running monologue that has not stopped for one moment, day or night. Two years of ‘Did you know ketchup is alternatively spelled catsup and was superseded as world’s most popular condiment by salsa? The actual name for what you call hashtag is octotroph, you know. Guess how many nerve endings there are in the average clitoris — 8,000!’ At this point, an 80 year old hunchback in a tube top could ride by on a unicycle and Dawn would think, ‘Why not him?’” –Handsome Harry Backstayge, Idol of a Million Other Women

“The nice thing about that guy is that he has a really tiny mouth, so tiny that it looks like it’s painful whenever he has to open it. So he probably eats nothing but broth, which is cheap and even Dawn can heat up. He’s not just silent, he’s economical. Win-win for Dawn.” –BeckoningChasm