It’s the first Friday of the month, and you know what that means: come to the Clubhouse in Los Feliz in Los Angeles for The Internet Read Aloud, America’s favorite live comedy show about the internet! 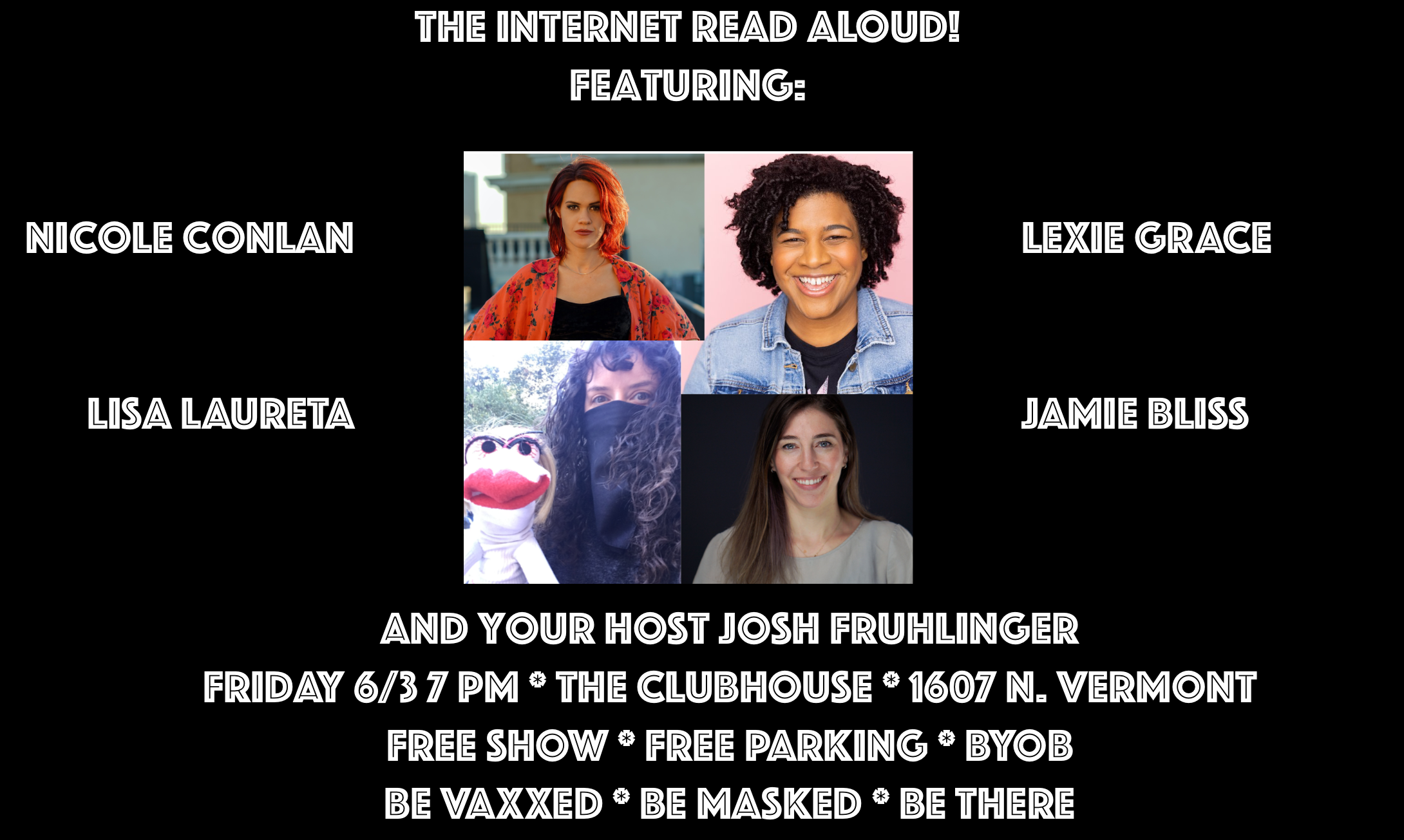 Tell Facebook that you’re coming, when will then legally obligate you to come to the show!

But until then, please enjoy your comment … of the week:

“Today’s Beetle Bailey was supposed to just be a picture of all the main characters with a message on top saying ‘Celebrating our troops.’ Then, at the last second, the writer found out that Memorial Day is about remembering dead military personnel, not honoring living ones, so they had to hastily change course to make a strip about the characters murdering each other.” –likeagrapefruit

“I’ll say this for Marvin: at least its brand of ‘I regret having a child’ comedy doesn’t make you want to call an intervention.” –Schroduck

“Masked vigilantes, incompetent cops, villains who take a liking to their nicknames. This is how you get Gotham. Are we ready for this swerve in the Rex Morgan story?” –Gerry Quinn

“Working at a bank? Doesn’t it seem like Cinnamon Knight’s job description should be ‘Breakfast Cereal Mascot?’” –Pozzo

“I’m hoping that the ‘bank’ the Cinnamon Knight works for is actually some completely unregulated fly-by-night cryptocurrency thing, and of course the missing assets are all NFTs based on jpegs of old (and messily dead) Dick Tracy villains. It still wouldn’t make any sense, but at least it would be a reality-based doesn’t-make-any-sense.” –Dmsilev

“Hell yeah, there’s no better way to deliver data on a network security breach than a single sheet of paper. Envelope’s just gonna have a drawing of guy in a stripey shirt and domino mask using a computer. Not even a very good one. Tracy’s going to nod seriously and say ‘Better get the boys in the cyber crime bureau on this one.’” –Dan

“Her buddy sitting there thinks ‘At least she’ll take attention away from the fact that I wore slipper socks into a bar.’” –Hibbleton

“You know what? I like this one. The idea of a sarcastic mermaid hanging out at a seaside bar, passive-aggressively haranguing humans about their mistreatment of the ocean is actually pretty funny. ‘Boy theses fries are something, aren’t they? I haven’t seen this much oil since Deepwater Horizon! No but seriously folks, I’m just doing some harmless trolling, unlike the kind you do at my house! Ha ha, but really, my sister died in a fishing net…’” –pugfuggly

“Won’t Dawn be surprised when Jared’s friend talks him into going to the exact same club? I admit my premise is flawed, because Jared has no friends.” –taig

“The worst part of this date is Malcolm thinks Morbius is a Marvel movie.” –Uncle Lumpy

“It’s the small touches that make a comic strip stand out. I enjoy knowing that the guy in the last panel is a fan of that classic 60s garage rock band, Exclamation Mark and the Hysterians.” –Peanut Gallery

“‘Want to meet up ahead of time to pregame, if you know what I mean?’ ‘Giant bowl of salad and a glass of water? Hell yeah.’” –Daisy Bateman, on Twitter

“Can he, though? He spent approximately two and a half minutes with you, and I guarantee that for two of those minutes he was not listening to a thing you were saying. ‘Uh huh, uh huh, shoulder hurts, got it.’ [thinking] ‘Can my daughter make any more money from drawing… dogs? It was dogs, right? People like dogs.’” –els

“Sarge flipping a guys car is the last piece of the puzzle for me. Clearly Camp Swampy was some sort of military research base, Sarge is a failed super soldier project; instead of an invincible Adonis with super strength, they made a slovenly rage monster with super strength. Obviously they can’t just let him out into into the real world so they keep the camp open and fill it with all the washouts the military has to offer. The whole charade is a giant enclosure for the US Government’s failed Frankenstein. This also explains the talking dog.” — BananaSam