Folks, if you’re tired from “Spider-Man is lame” posts from me, you should write angry letters to Stan Lee and demand that Spider-Man STOP BEING SO GODDAMN LAME. For those of you keeping track at home, the last time Spidey actually tangled with anything remotely resembling a supervillain was nearly a year ago, when he fought the Rhino. Since then, he battled a greedy but entirely human doctor out to patent his blood, which included a distasteful a sequence in which he briefly assumed the identity of “Gown Man”; and spent all of 2006 so far attempting to recapture his spider-suit (the relative suit of a spider!) from a suicidal loser, in the process taking on the sneer-worthy “Justice Guy” persona.

On Sunday, the strip’s teaser promised that at long last we’d be seeing a new nemesis for Spidey: the Panthress! Who of course is actually just a role played by Mary Jane’s sexy older costar. Presumably Spider-Man will have to battle her in some yawn-inducing manner that doesn’t involve web-slinging, wall-crawling, or kicking ass in any way, shape, or form. In fact, he’ll probably find some laughable reason to infiltrate the set under a new identity: Production Assistant Lad! 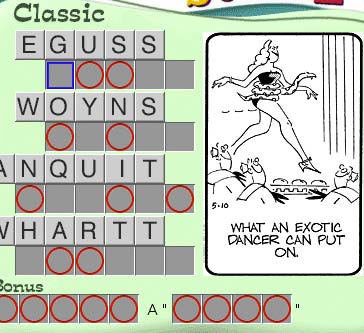 The presence of the grinning sailors — in full uniform — is a nice touch. I think it’s charming that the Navy keeps the old school white-bell-bottoms-and-black-cravat-and-little-hat get-ups in active service. I used to live in the San Francisco area, and during Fleet Week the whole town would be crawling with those guys, and they looked like they had walked right out of a World War II movie. It was the gayest thing I’ve ever seen, and I lived in San Francisco for nearly six years.