You’ve probably noticed the pictures of various cool, attractive people sporting Comics Curmudgeon gear in the sidebar just under the Amazon ad and thought to yourself, “I’d like to be one of those people, but I’m just not cool and/or attractive enough!” Well, here’s a shot in the arm for your self-esteem: you can be one of those people! All you have to do is (1) buy some Comics Curmudgeon gear, (2) take a picture of yourself wearing and/or drinking out of it, and (3) e-mail said picture to me. People have already taken step 1 in record numbers; those shirts and mugs should be arriving around now, so I order you to take steps 2 and 3 today!

As always, I lead by example. Check out my awesome new Margo Warhol t-shirt (art courtesy of David Willis): 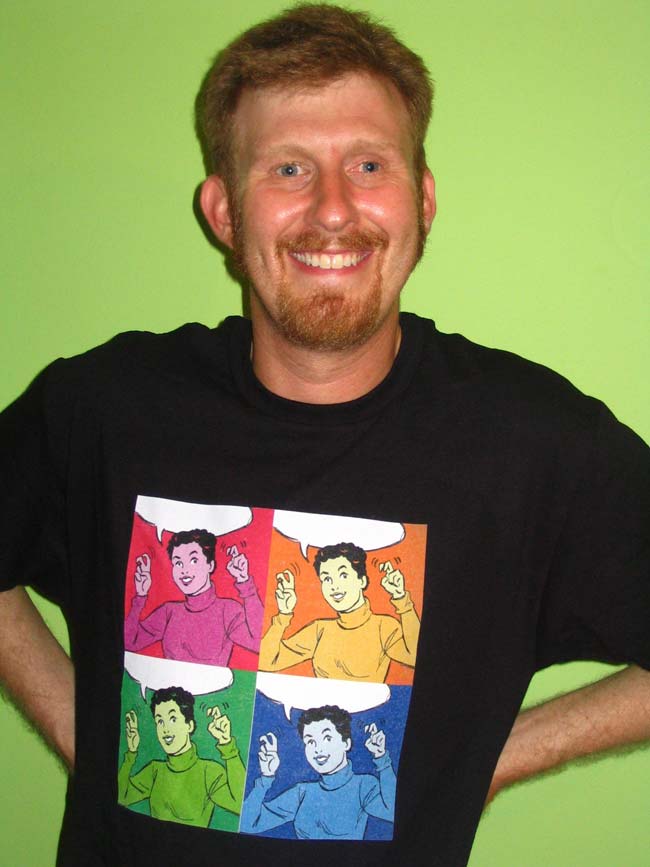 “Hey, Josh,” you’re probably saying, “That’s pretty mercenary. Isn’t there some way for my picture to appear on this blog without me having to spend any money?” Of course there is. You could, say, pretend to be a cartoon character from a soap opera strip. Yes, the Finger Quotin’ Margo Lookalike Contest is over, but I want to emphasize that I am more than willing to give a platform to whatever wacko wants to pretend to be Margo Magee or the like. Why, here’s a picture recently sent to me by faithful reader MonkeyPants: 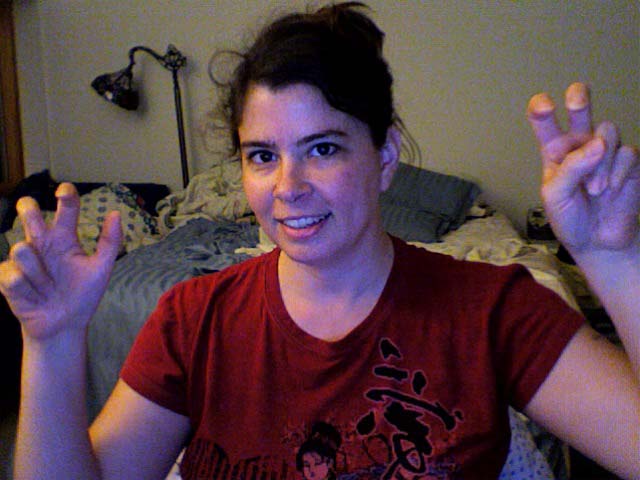 Now, you might be saying, “Hey, she’s not wearing a turtleneck!” But she used to work for King Features and actually edited Apartment 3-G for four years, so I think she knows a little bit more about what Margo would wear than you do.

I conclude this metapost by pointing out two more comics blogs that get more obsessive than even I could contemplate and focus their rage on a single strip: Permanent Monday, which is all about Garfield, and Dinette Set Deconstruction, which is about, well, the Dinette Set. Joy and Burl’s heads float quite creepily above the text in the latter.