Ah, Eric Mills, engaging in a little art discussion with Lu Ann! Say, is something looking a little … different about this art impresario and Hat Man since last we saw him? 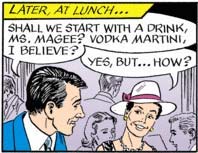 I know, I know, it’s the coloring mules’ fault, but I prefer one of the following explanations instead:

Anyway, Margo is sure not winning any points with her ludicrously petulant behavior. What with her pouting, her bossiness, her demands for attention, and her lack of the sort of social skills that most of us learn in kindergarten — well, she’d better hope that Eric Mills is into four-year-olds. Wait, that came out wrong. 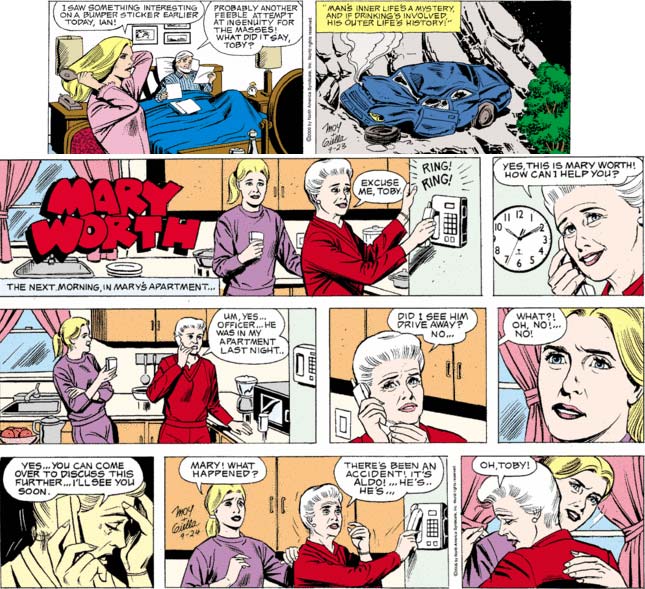 Now … now see here, people. Aldo is not dead, OK? He … he can’t be dead. I’m sure he’s just … terribly injured. Terribly, terribly, passive-aggressively injured. When the jaws of life pulled his shattered body out of his smashed, smoldering car, I’m sure the first words out of his mouth were “Mary … Worth,” which is why the cops called her. His second words were “Where’s … my … booze?” 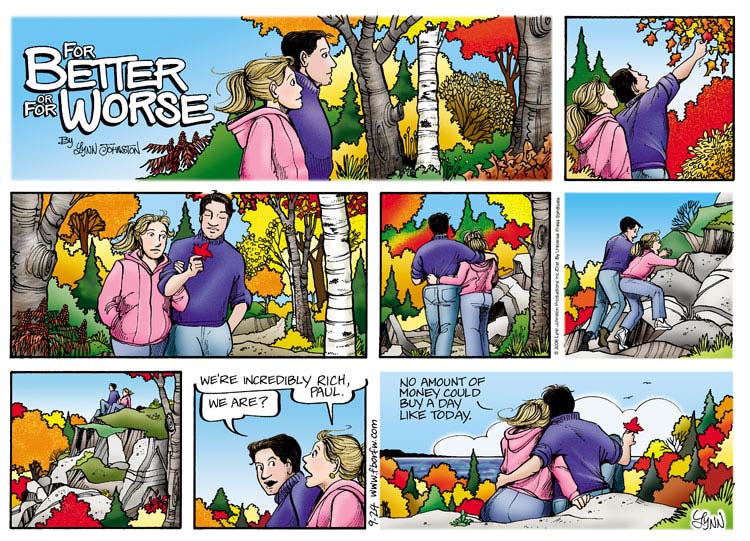 This made me throw up in my mouth a little bit.