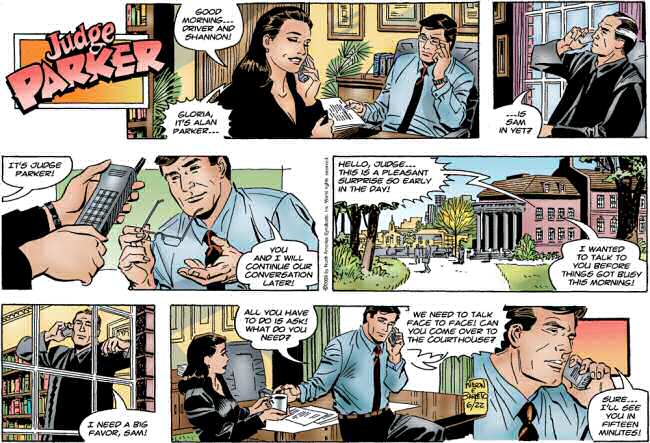 Well, speak of the devil and he appears! The distinguished-looking gentleman in panels two and five is the Honorable Alan Parker, Judge of the mumble mumble Court of mumble mumble in Parkerville, ST. He’s in the (endless) process of retiring, and when we last saw him — on November 28, 2006 — he was helping his son, Randy “Work it like a claw” Parker, campaign for his seat on the bench.

As early as the 1960’s, the Judge had grown too respectable to be involved in any kind of action — rough-and-tumble P.I. Sam Driver took care of that end of the business. Now similarly neutered, Sam patronizes his secretary, ignores the advances of beautiful women, and passes the action torch to Steve Shannon.

This happens all the time in serial strips:

Why do authors build strong characters over years, only to turn them to plaster saints? Thank heaven Dick Tracy still keeps his hand in the game. 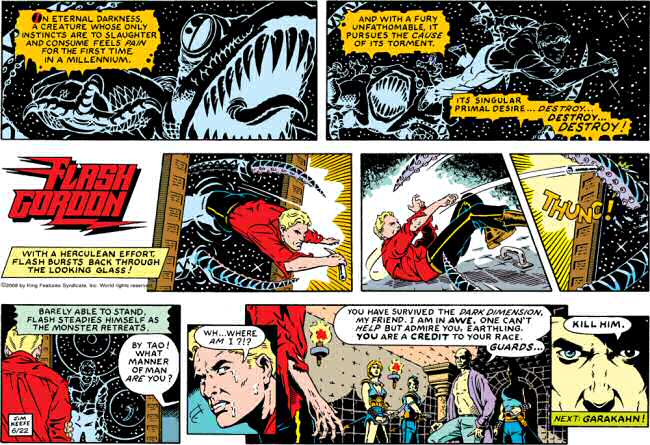 Zonino! Who knew this was still being published? And with a special guest appearance by King Features superstar Mary Worth in the first two panels!