You may have noticed for the past few days that I’ve been posting comics very early in the morning, only a few hours after they go live on the Houston Chronicle site. It was almost as if I were somewhere in the Pacific Time Zone, where these comics were available at 10 p.m. It was almost as if I were in San Diego, spending time — oh, I don’t know, maybe making fun of a Spider-Man movie with Mystery Science Theater 3000 alums Bill Corbett and Kevin Murphy! 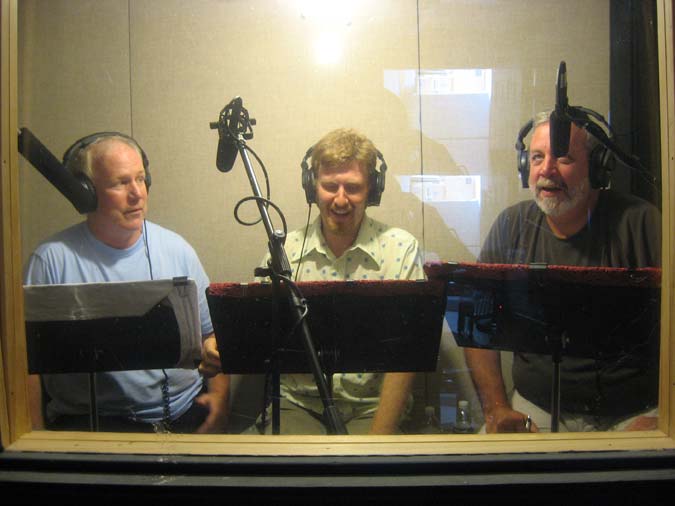 If you’re not familiar with RiffTrax, you’d better get familiar with it, right now! RiffTrax is a project in the spirit of MST3K. It makes a clever end run around the issues of film licensing: you download the hilarious commentary on MP3, and then rent the DVD and watch them together. And on September 5, for a mere $2.99, you’ll be able to listen to one with me! 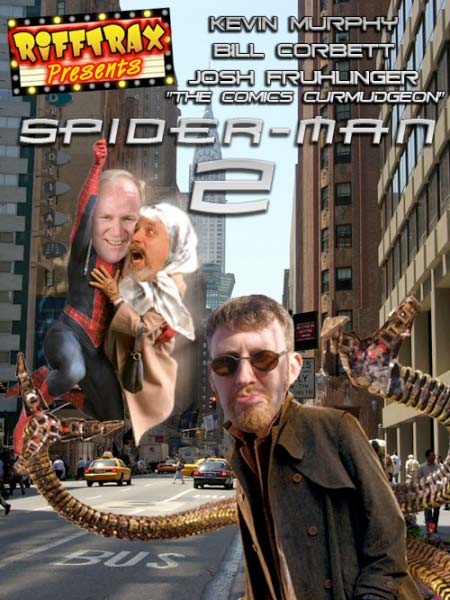 It will probably not shock you to learn that I’m a huge Mystery Science Theater fan, and that the show really influenced my writing. In terms of living out childhood dreams, probably the only thing that could have topped this would be getting to serve on the U.S.S. Enterprise with Captain Kirk and Mr. Spock. It was an honor, and it was a blast! Movie Spidey gets into a slightly greater number of tussles with supervillains than newspaper comic strip Spidey, but if anything he whines and mopes even more. I’ll let you all know when the MP3 is up!