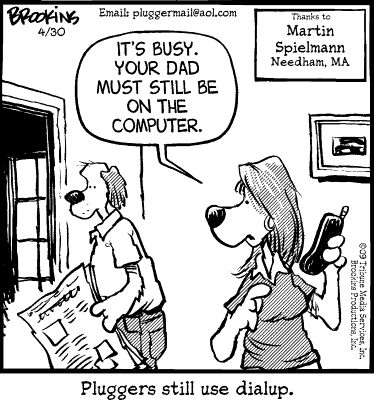 Look, I of all people know that it can be hard to spin straw into comedy gold day after day, whether that straw be vaguely homoerotic hijinks in Rex Morgan, M.D., or whatever sort of poorly spelled suggestions the Chief Plugger gets via the AOL. Still, I feel like I need to hold this feature to some sort of basic standards. An installment of Pluggers should contain some kind of play on words, or a little conceptual twist, or something; it should not just be a statement of fact. It is true that individuals who fall into the squishily defined “plugger” category are probably more likely to connect to the Internet via dialup modem than the population at large, but that isn’t funny or interesting, even taking this feature’s extremely low bar for “funny or interesting” into account.

Two potential “Pluggers still use dialup” gags that would have been better:

Sarge refuses to acknowledge his relationship with Beetle, so in revenge the private is just going to blow as many dudes as possible. 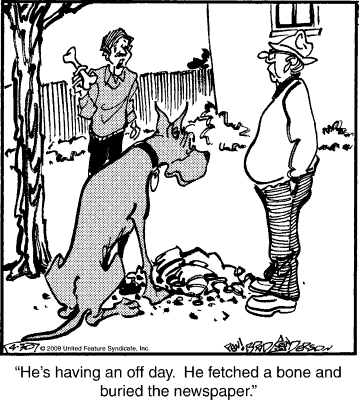