Well, now we know why Mark’s neighbor has erected that fence: he needs to make sure that the lifelike androids he built to simulate his murdered wife and daughter are 100 percent realistic before allowing them to interact with humans. “Damn it, this naturalistic speech problem is the greatest programming puzzle I’ve faced yet! There’s got to be a way for the wife-robot to distinguish the shades of meaning that define the proper context for ‘too’ and ‘also.’ And why did I even bother programming the subjunctive mood into the little one?” 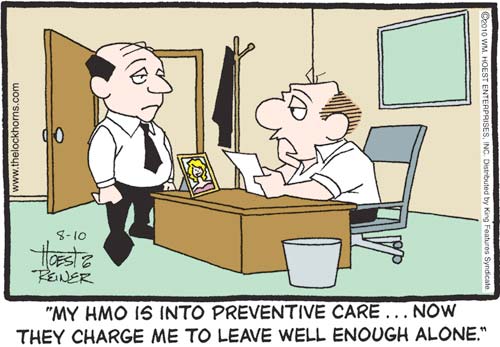 Leroy’s generic job, his glum co-workers, and his drab, featureless office look to be almost as depressing as his home life. Fortunately, he has one thing there to cheer him up: a picture on his desk of someone who is quite clearly not his wife.