Wow, this is actually a kind of surprising development in Mark Trail! Rather than Mark just punching out the villain and returning home to Lost Forest, he instead got shot and is washing up on on some distant shore at the bottom of that EMPTY boat. Cast your mind back to your classical education: you’ll recall that the Odyssey begins with Odysseus being held captive by the nymph Calypso, who wants the Greek hero as her husband, on her island. Likewise, Mark will soon be in the thrall of this lady, who’s wearing a revealing shirt and freakishly high-waisted jeans, which are the Mark Trail signifiers for “sex goddess.” Will Cherry remain faithful for the 10 years it will take for Mark to return to her and reclaim his kingdom, with Rusty’s help?

“Hmm, so you used to be a vampire … and you’re doing the same vampire bat experiments that resulted in your vampirism before … and there’s a vampire loose in the city … and you have visible fangs and strange claw-like fingernails … but you say you’re not a vampire? Sure, whatever, I’ll buy it. So, you got a TV around here?” 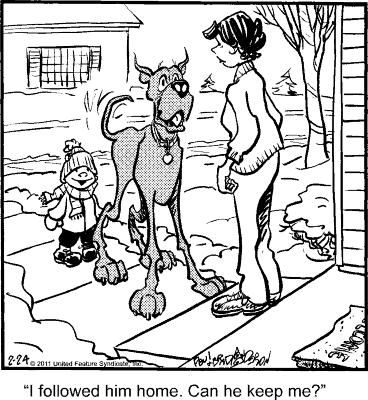 Of all of Marmaduke’s demonic powers, some find his ability to control human minds to be the most terrifying. But when you think about the awful fate that awaits this child, isn’t it a blessing that he’s living out his last moments in a sort of zombified ecstasy, rather than abject terror?