OK, so Queen Bee turns out to be less a pop-culture icon than a vaguely Fluxus-y performance artist — more Yoko Ono than Lady Gaga — taking deadly aim at the artistic conventions of 16th-century Florence, with her stinging parody of the single most-parodied painting in history. GASP! Watch out, Edvard Munch — you’re next!

Thanks to Margo for all the helpful exposition in panel two, there. Otherwise, who would’ve guessed?

WHOA! But despite Jo’s enthusiastic assurances that this is all somehow going viral, I’m pretty sure YouTube can handle the traffic.

Speaking of transgression, I would not have picked Zits as first comic to cross the line
into Mom-bondage. OK, Blondie might have been wishful thinking, but at least we were spared Momma. 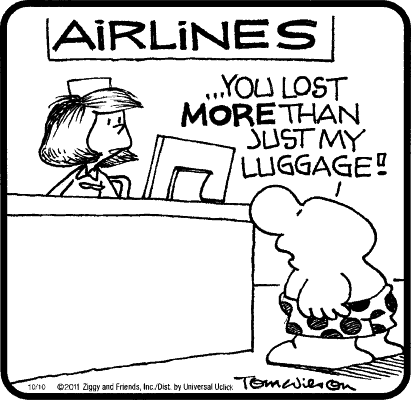 And for real subversion of artistic convention, look at the way Ziggy manages to look even more obscene with his pants on.