How’s Judge Parker Senior’s mayoral campaign going? Well, when he had his surrogates float the idea to the media that he might be thinking about a run, they ran a story on the evening news featuring footage of him being led off to prison in handcuffs, so, not great, it turns out! Still, Sam urges Alan to keep his focus on the people he’s really working for: the prisoners, the ones he met in jail and who helped him understand things about society that he never had before, the ones who he’s going to free by dynamiting the prison walls and turn into an unstoppable army that he’ll use to rule Cavelton with iron fist. Remember how Bane ran Gotham for the last half of The Dark Knight Rises? It’ll be like that. 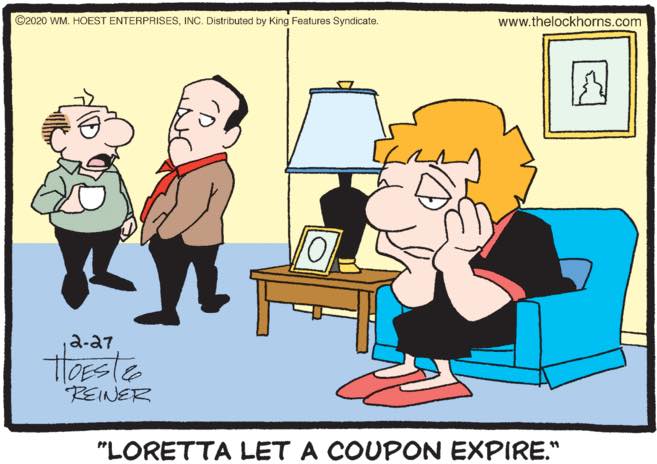 Wow, never mind the typical gloomy facial expressions on Leroy and Loretta: check out the profoundly intense frown on the face of their poor houseguest. I mean, you don’t expect anyone hanging out with them for any length of time to be happy about it, exactly, but this poor fellow seems to have absorbed the house’s negative energy like a sponge and is probably going to drop dead of a bile overdose at any moment.

Zits is not a strip I talk about very often here, but I promise you this: I will always absolutely let you know when it abruptly veers into ass-themed body horror.

Wow, you heard it here first, folks: Rusty is going to get red-pilled by reading the unpleasantly ribald comments about Luann on GoComics.com.

Welp, it’s looking more and more like Bull really did do a suicide by cliff, or maybe he just has dementia and it was an accident, and we’ll never know one way or another! There are a couple things we know for certain, though: he certainly died in agony trapped in the twisted metal of his car, and Linda really should’ve hidden those keys better, if she didn’t want to spend the rest of her life obsessing over this. Funky Winkerbean, everybody!

There’s a lot I don’t understand about today’s Six Chix. Like, I’m not a tea guy, but I’ve drunk enough to know that it’s perfectly possible to do so without experiencing happiness, especially if you’re a board-certified grouch. Meanwhile, the lady in this strip seems to be way into this dude’s negativity, like it’s their weird version of S&M. “Yes, Harold, deny yourself pleasure, wallow in crankiness, my goodness.” Also, is having a tiny little plate for a single fried egg really a thing? Those are the high points, those are three things I don’t really understand about today’s Six Chix, but I think it’s a good jumping off place for discussion.

Man, if you had asked me what awful conspiracy theory bullshit Crankshaft would’ve gotten into, I definitely would’ve guessed QAnon, but the anti-vaxx stuff tracks as well, honestly.

There are obviously any number of ways this strip indicates a near-total ignorance of how Uber, a ridesharing service that’s been around for close a decade, works in practice, but I think an underrated one is the guy saying “Here’s the Bumsteads’ estate, sir!” as he pulls up.

ME: Ugh, I hate how in so much of pop culture, but especially comic strips, people who are parents of teens and little kids are matched up with Baby Boomer cultural signifiers like Woodstock and disco, even though that’s completely wrong here in the year 2019. This is one of my pet peeves! Please be more accurate, comics!

THE COMIC STRIP ZITS: Fine, we’ll do a strip about Walt, the dad in Zits, and we’ll have him discussing recognizable cultural touchstones from your youth, and also the joke will be that this demonstrates that he’s incredibly old, like literally a dinosaur. 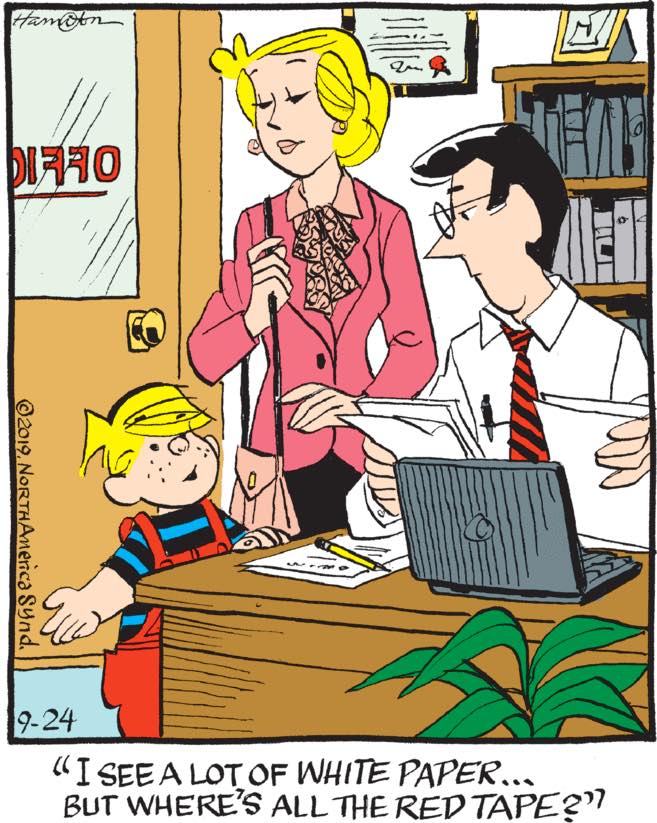 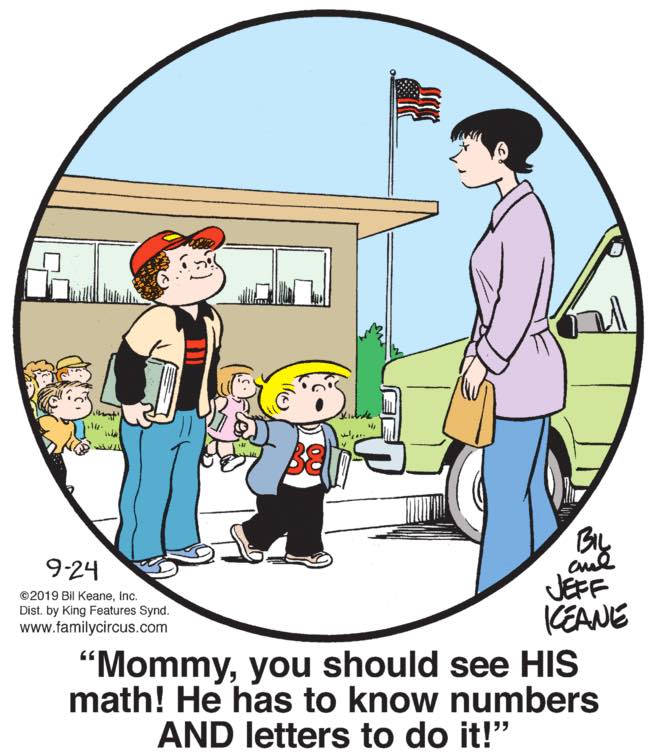