You guys, I am very disappointed at the paucity of entries for the Hilariously Overwrought Rex and June Facial Expression Lookalike Contest! It’s possible that the Saturday of a holiday weekend isn’t the best possible time to post such a contest, but heck, I can’t control when Rex Morgan puts up its most hilarious panels. Anyway, assuming that you were all too busy grilling to get swept up in Overwrought Facial Expression theater, here’s a quick recap: imitate this panel (Rex and June at minimum, add Iris and Mabel if you want to up the degree of difficulty) and win eternal glory AND one item of your choice from the CafePress store. 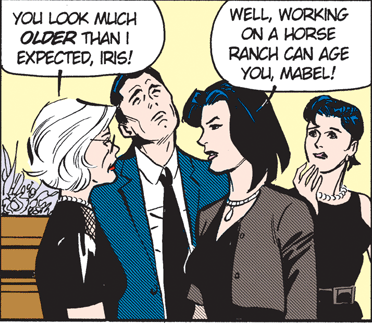 While most of you have misplaced priorities and spent the weekend “spending time with your family” or “honoring those who died in America’s wars” instead of dressing up like cartoon characters and making funny faces, we did get a few entries. First up are the husband-and-wife team of faithful readers Nate and Hani. Nate is really pushing the envelope in terms of facial expression safety, and I like it! They also used advanced technology to actually insert themselves into a cartoon world. 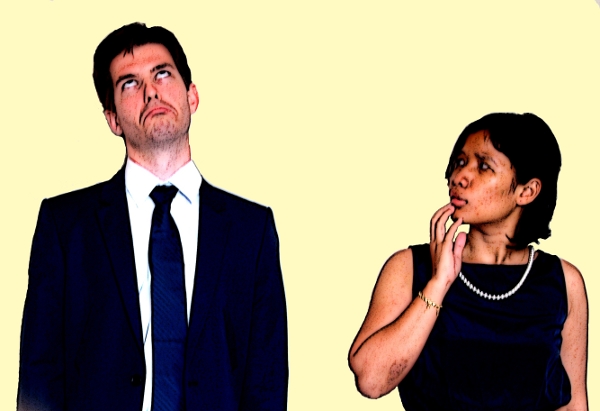 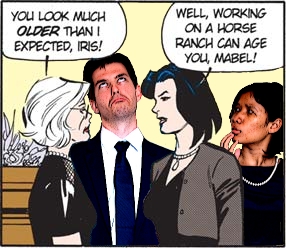 Faithful readers Dr. Jeff Corey and Lucy Van Pelt (not their actual names) also used Photoshoppery to add to the verisimilitude of their entry, or at least I hope they did, because otherwise they’ve either crashed someone’s funeral or ruined a funeral service for one of their own loved ones: 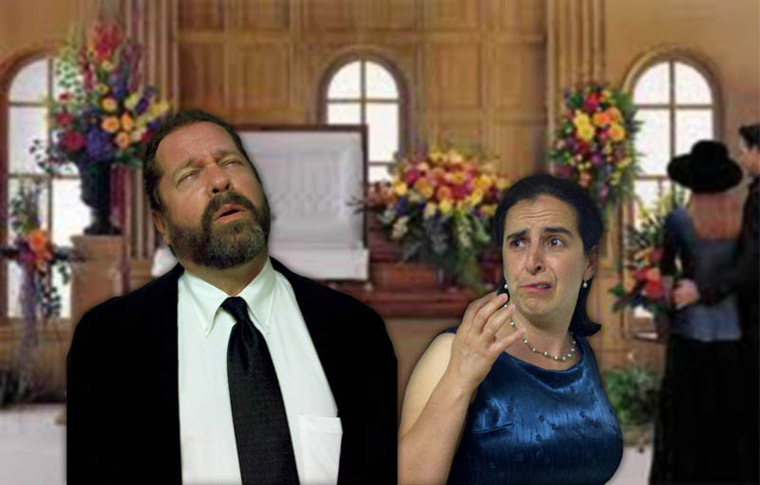 Faithful reader Mibbitmaker swapped in characters from his Pop Culture Kids comic, who are imagining being someone else pretending to be someone else … well, it made my head hurt just a little. 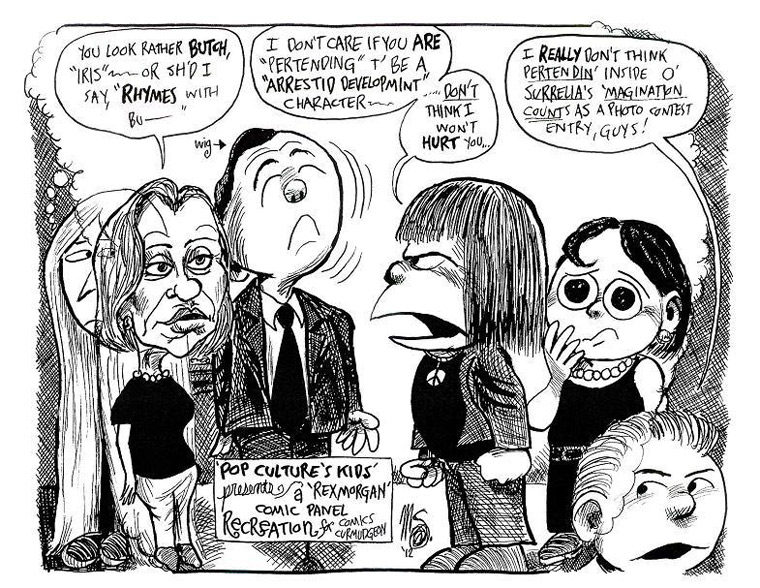 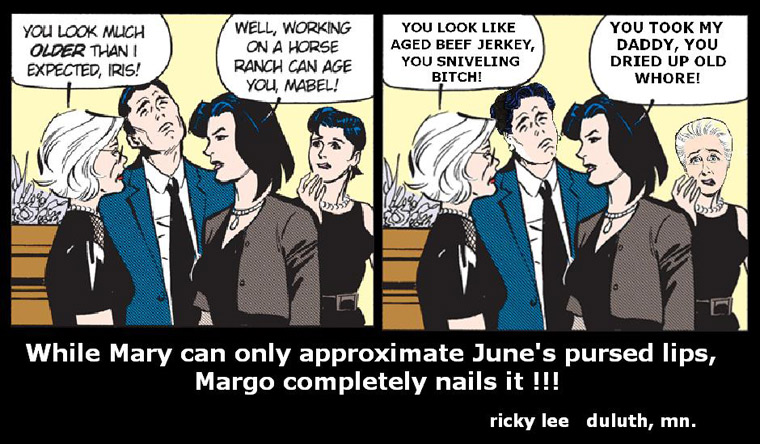 So there’s your competition. CAN YOU DO BETTER?

ALSO, TOTALLY UNRELATED NOTE: I know that many of you are, like me, fans of Richard Thompson’s strip Cul De Sac. You probably know that Thompson has been stricken by Parkinson’s Disease, though he’s continuing with his great work. A bunch of other artists, including many names you’ll know, have banded together as Team Cul De Sac, have created their own takes on the strip’s characters, and are auctioning them off to raise money for Parkinson’s research. Check ’em out!