I suppose this little kid already knows about the car accident, but it would be extremely funny if this were June trying to deliver bad news gently. “Is my mom okay?” “Don’t worry, Tommy. There have been huge advances in mortuary science lately, and she’ll still be able to have an open casket funeral.”

Only selling vapes to kids old enough to buy them? Generating income from legitimate jobs? This vape fundraising is the most licit illicit money-making scheme this strip has seen since the days of the tattoo parlor that hooked kids with illegal DVDs that were actually legal!

Sometimes when you have a longrunning media franchise like the syndicated newspaper comic strip Shoe, you have to occasionally recapitulate the basics to make sure your newer readers understand the nuances of the world-building. Like, today, for instance: the message here is that this is Shoe, the title character, and he’s kind of an asshole; it’s important that you know that and that’s why here’s no “joke” or anything. Maybe tomorrow they’ll do the strip I’ve been waiting more than 30 years for, the one where they explain why everyone’s a bird-person. 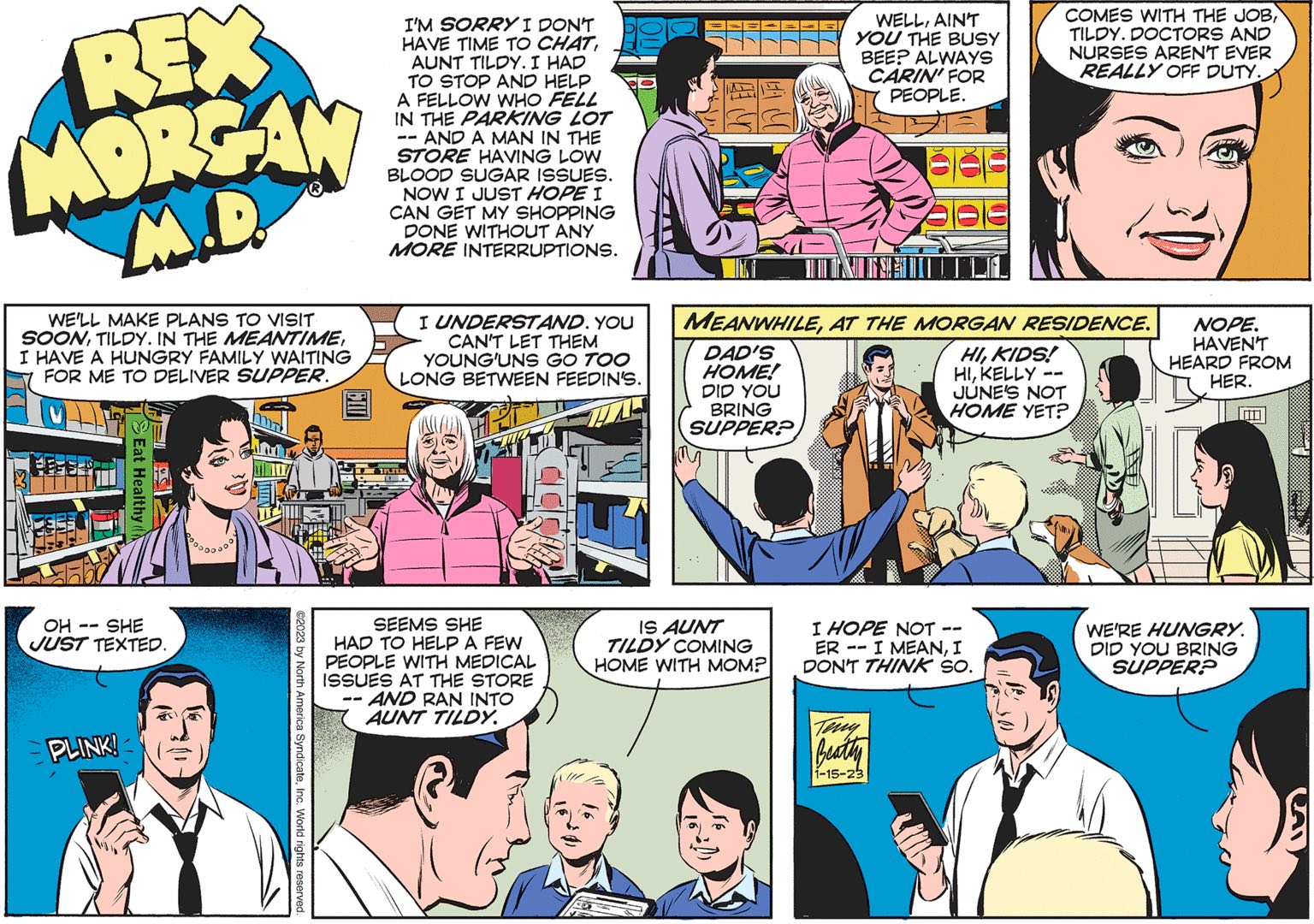 Look, I’ve been making fun of how this week’s Rex Morgan has been even more boring than usual, but if June’s non-adventures end up delaying her by the crucial fifteen minutes that’s apparently all that ever stands between a normal evening at the Morgans and one where the hungry children violently rise up against Rex and eat him, then it frankly will have been all worth it. 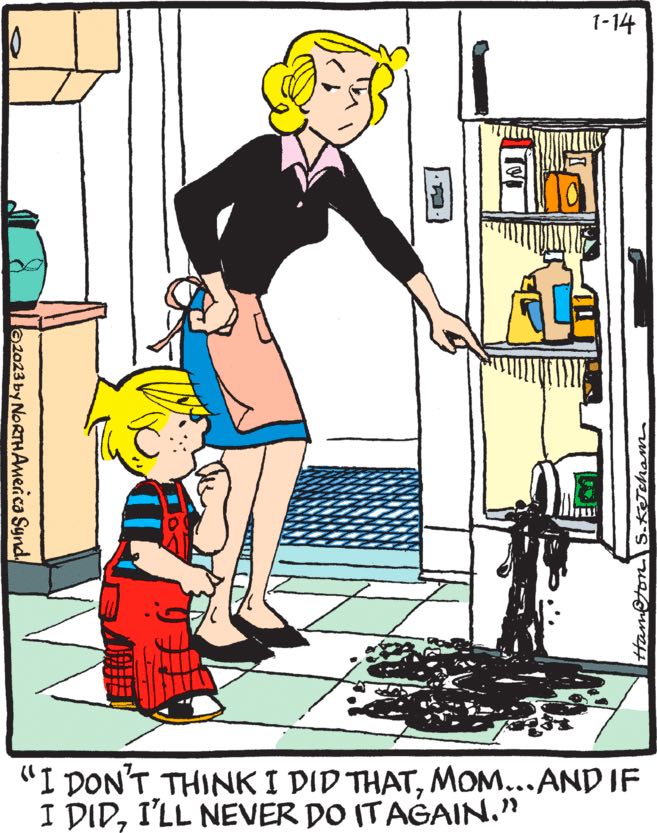 Look, Alice, if you don’t want your giant jar of evil black goo spilled out all over the floor, unleashing an ancient demonic power that mankind has no defense against, maybe don’t leave it where your five-year-old son can so easily reach it, you know?

Snuffy Smith, notorious layabout, card cheater, and chicken thief, definitely doesn’t give a shit about civility or honesty, but chivalry is at its root a code of honor that provides an ideological justification for violent conflicts over women and status, so I suppose that’s something someone embedded in Hootin’ Holler’s world of clan-based feuds would be interested in maintaining.

It has come to our attention that some of our readers have found our episodes of June dealing with minor medical problems a little too exciting. That’s why we’ve pivoted to “June transparently tries to get out of a conversation with someone she finds annoying,” to keep everyone’s blood pressure at healthy levels.