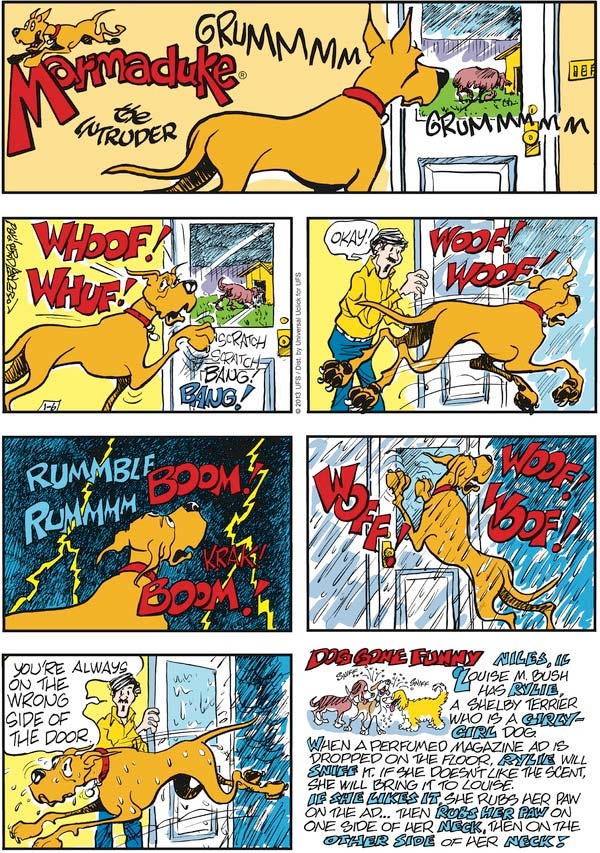 Since the dawn of time, mankind has wondered: is there any creature more powerful than Marmaduke, our awful tormentor, who rules over this plane of existence with gore-drenched fangs? Today’s strip suggests intriguing possibilities. Who is this mysterious creature, this “intruder” that we never get a clear look at, who is rummaging through Marmaduke’s exterior death-temple? How does it command the powers of lightning to repel Marmaduke’s attack without the two beings ever coming into contact? Does this entity represent a possible ally for terrified humanity in its struggle against its awful Marmadukean overlord, or will we puny mortals merely suffer as collateral damage in the struggle between the two infinitely powerful hell-beasts? 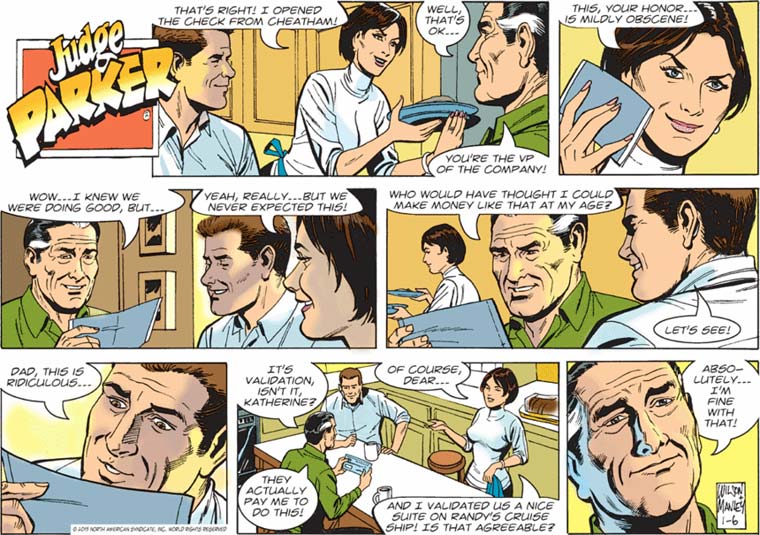 The ultimate Judge Parker strip: The Parker family stands around their well-appointed kitchen, marveling at an enormous check.