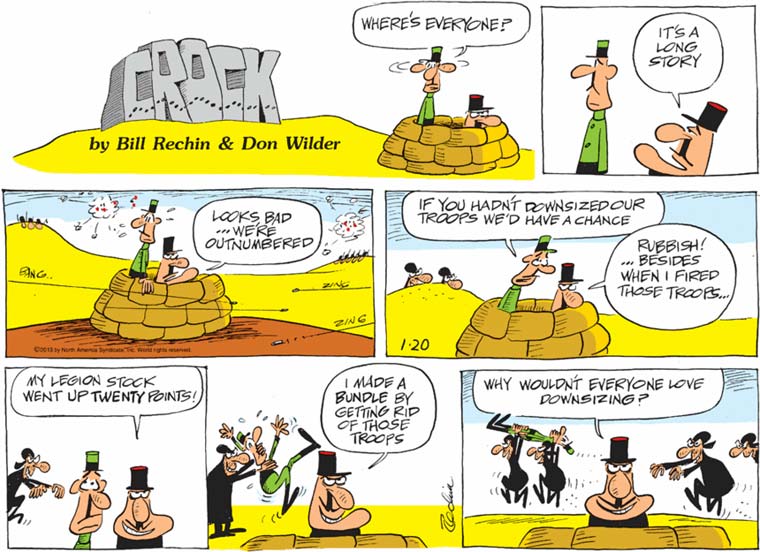 I continue to be puzzled and irritated by the continuing existence of Crock, which, after publicly insulting me, decided to waltz off into the sunset. The official line was that new Crocks would cease on May 20, 2012, and King Features would supply “Classic Crocks” to newspapers for the next three years. Except the post-May 20 strips have looked not like classics (which I perhaps optimistically assumed meant installments from the early years of the feature) but instead pretty much like the last few years worth of strips, except not repeats, so I have no idea what their story is. Anyway, I bring this up not to harp on it endlessly, but only to suggest that maybe it’s only in this weird, ambiguous afterlife that the strip finally feels free to make a searing indictment of the practices of modern capitalism. 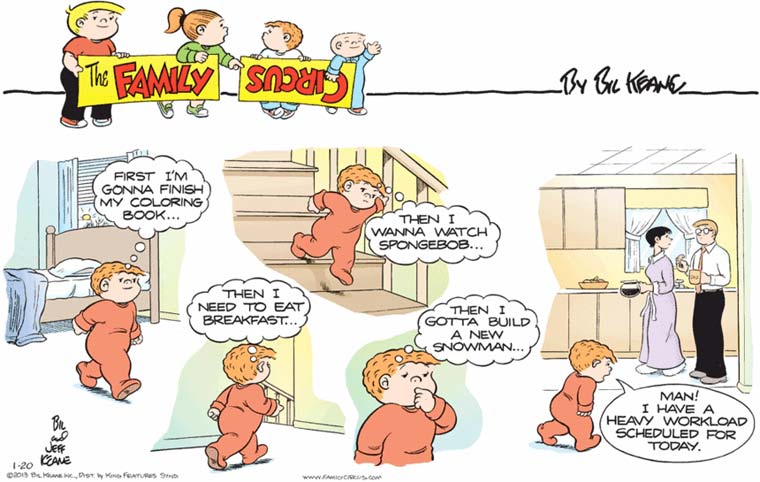 I’m pretty pleased by the sight of little Jeffy stooped over under the weight of his own sadness, and since his parents always seem to hold their little redheaded son in a fair amount of contempt, I’m a little surprised they aren’t as tickled as I am by it. I’m at least assuming that their shared glance is less “What can we do to cheer him up” and more “Are you fucking kidding me?”