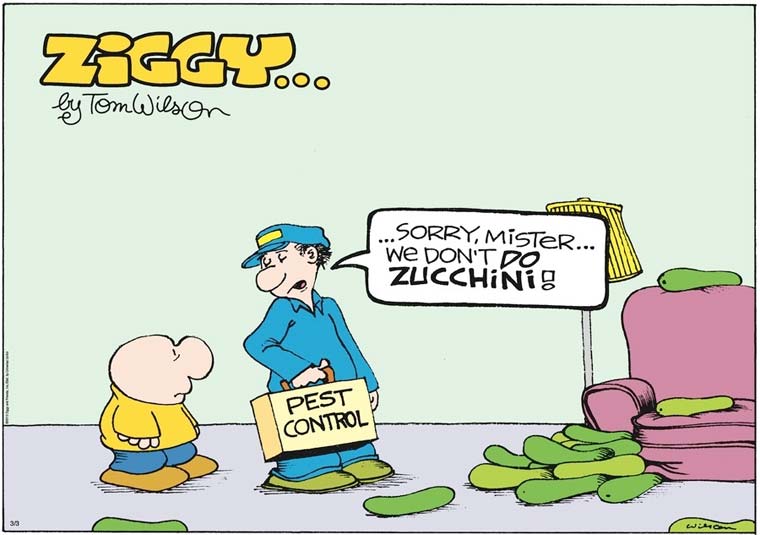 This would just be another “Ha ha, Ziggy is foolish” panel if not for dark bags under Ziggy’s eyes. As it is, it’s pretty harrowing. What botanical horror has been going on at this house, leaving Ziggy unable to flee and yet still fearful of the ever-proliferating zucchini? Is it an Invasion of the Body Snatchers-type situation, where each of those pods contains a gestating duplicate of one of Ziggy’s innumerable pets? Ziggy has been awake for days, knowing that he’ll be replaced by a soulless pod person the moment he dozes off. This exterminator was his last hope. Nobody can help you, Ziggy. Nobody can help you. 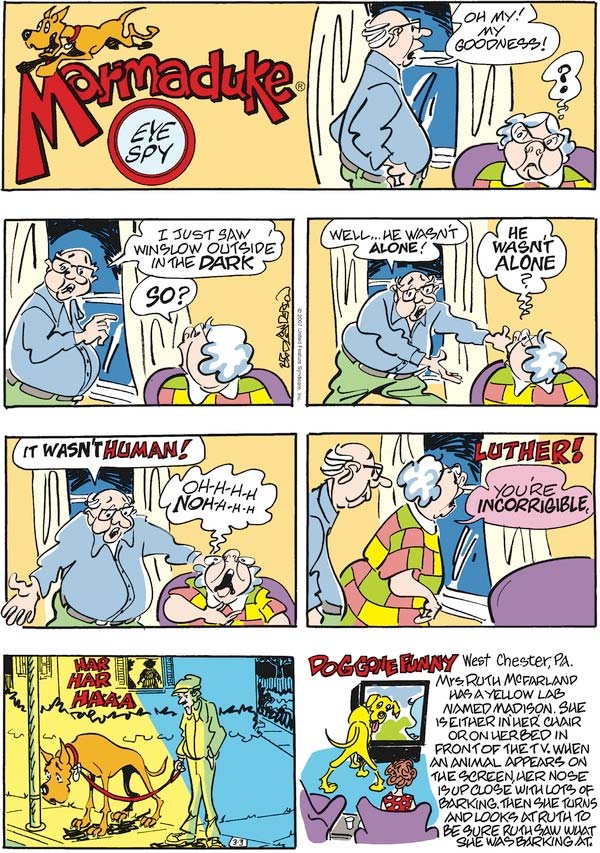 Luther’s wife’s look of face-melting terror in the fourth panel is one of the most amazing things I’ve seen in this strip in years. Still, her reaction at the end of the strip just goes to show how numb she and her husband have become to presence of the caniform hell-demon in their midst. Better the devil you know than whatever she was imagining, am I right? I mean “devil you know” literally, of course. Marmaduke is the Prince of Lies, and everyone in the neighborhood knows him quite well, having been close enough to him to smell the damned souls on his hot, awful breath. 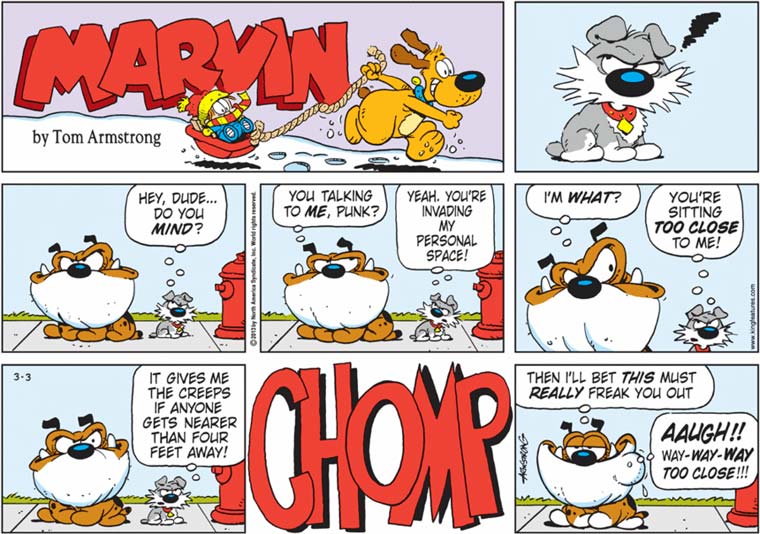 Speaking of monstrous dogs: would I endorse this monstrous dog eating every single one of the recurring Marvin characters one by one, each of them screaming as they slide down his gullet? Yes, yes I would.