I think we can all agree that it’s been a long week we’ve just slogged through and we deserve a little reward. That reward has been handed to us by Gil Thorp, in the form of an old man in a Hawaiian shirt dealing out some brutal vigilante justice on some young thugs. These punks were insulting the nice “!”ing lady who just wanted to take their order at this fast food restaurant, and when this elderly gent tried to school them in manners, they crossed the line and drew first blood shove, leading to a wholly justified judo-throw “who-o-a!” followed by a meaty face-punch “WUD!” Does this herald at long last a bonkers wacky Gil Thorp summer storyline, like the kind we got in days of yore? Let’s hope! 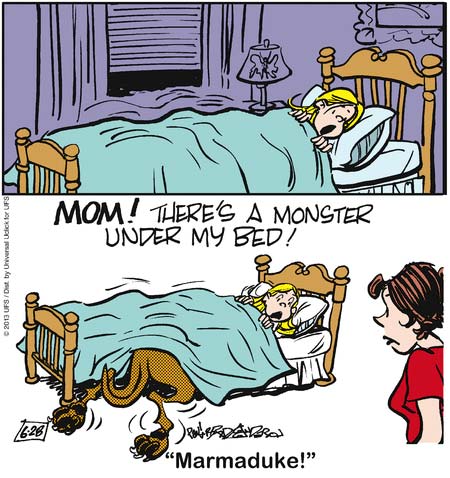