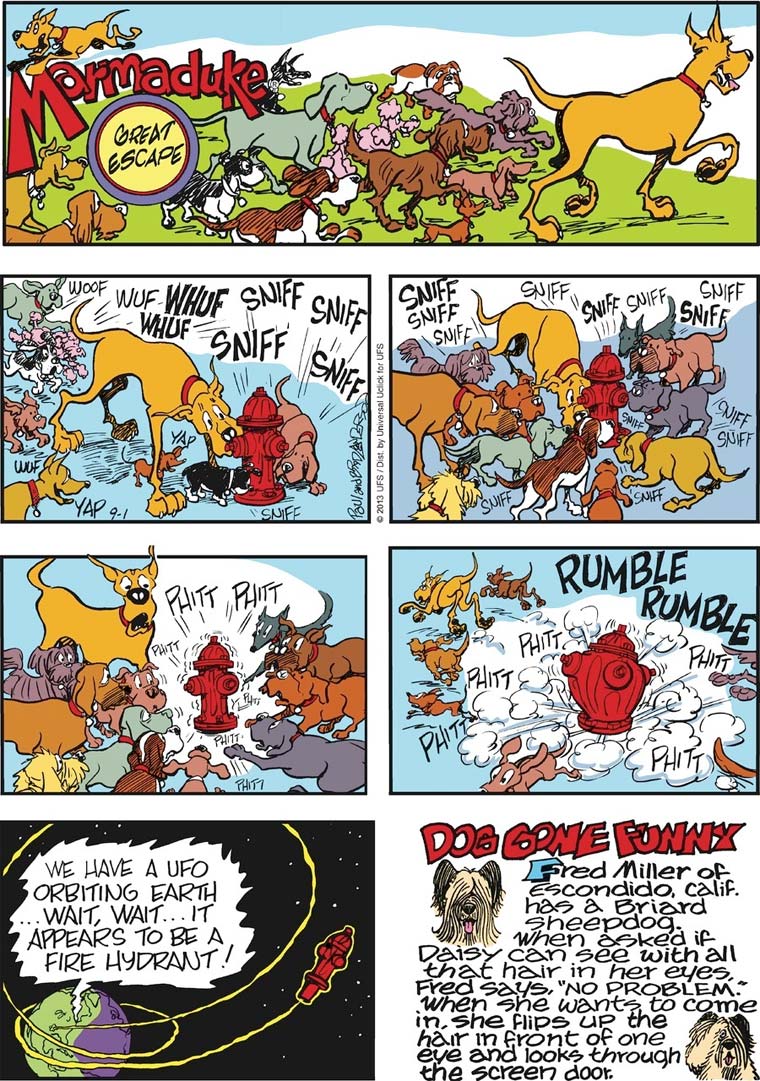 Readers of this blog are aware that the primary theme of Marmaduke is that Marmaduke is a nightmarish demon-god who hungers for human flesh (and human souls) and keeps the populace of his sleepy suburban town in a state of constant terror. You’re probably also aware of a secondary theme: namely, that Marmaduke’s owner is Hitler. But there’s also a tertiary narrative strand that pops up very occasionally, involving terrifying space monsters who occasionally wander into the panel. Are we meant to understand today that this seemingly innocent-looking fire hydrant is secretly a space-travelling robot probe, with a mission to scan Earth and report back to its interstellar masters? Or is it just an ordinary fire hydrant that, in a desperate bid for survival, spontaneously achieved both sentience and the power of spaceflight in order to avoid being doused in Marma-urine? (Marma-urine is more corrosive than the most powerful industrial acid known to man, because, as noted, Marmaduke is a nightmarish demon-god.) 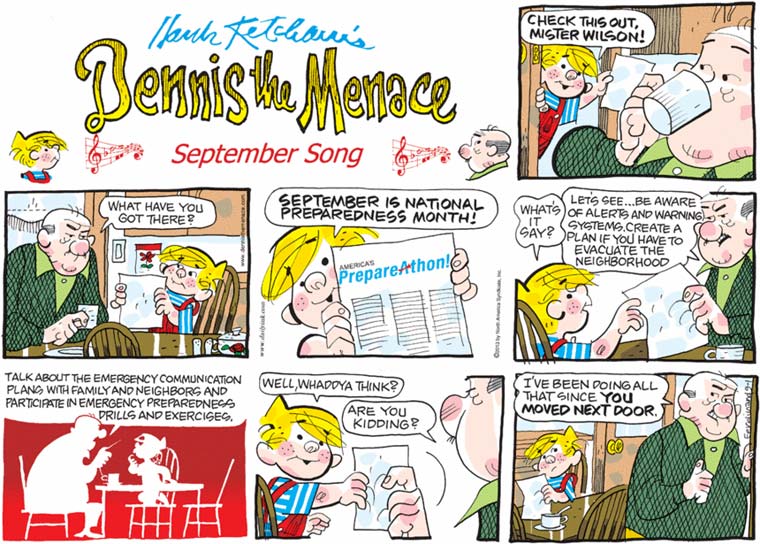 Citizens! Are you adequately terrified of looming and unspecified disasters and crises? Are you monitoring government-approved warning systems at all times? Have you and your neighbors made a plan to flee your homes forever, abandoning all your worldly possessions and leaving entire cities empty, if the “need” arises? This adorable towheaded tyke wouldn’t lie to you! The threat is real! Vague but real! Dennis’s menacing factor has increased an order of magnitude. 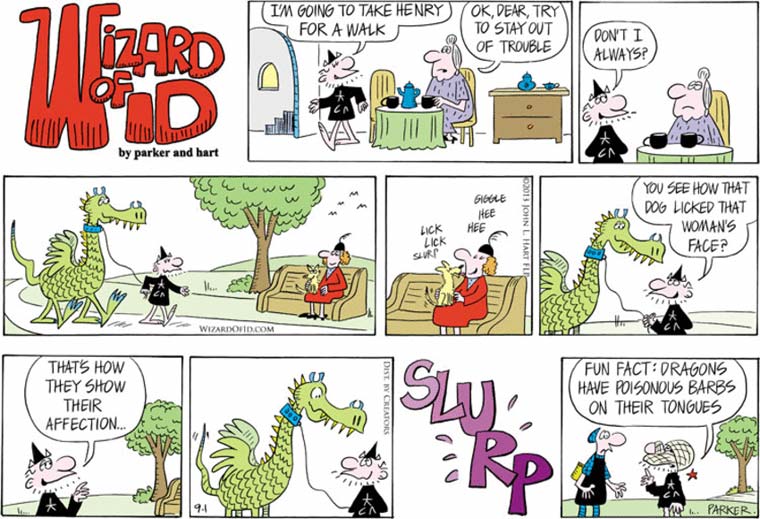 The best panel in this strip is definitely the second in the third row. The Wiz and his treasured pet gaze at one another with the sort of pure, unembarrassed love that it seems people can only experience with animals. There’s going to be a new way for the two of them to be affectionate! Isn’t that great! Then, of course, comes the tearing flesh and the venom seeping into open wounds. And the screaming. So much screaming.