Haha, no, don’t worry, storks aren’t really going to be replaced by drones any time soon! Just like the story of storks delivering babies is a metaphor, so too is this image of remote-controlled machines carrying infants about! The stork, which, like all birds, is a creepy, weird creature covered with gross feathers and scaly skin, is a metaphor for the usual biological process of human reproduction, which is a fairly disgusting procedure involving awkward positions, icky fluids getting everywhere, and problematic emotional entanglements. The drones represent the bright future, when our next generation will be grown in clean, efficiently engineered machines, tended by expert technicians. When they reach term, the babies will be lifted out of their germination vats by autonomous drones, which will deliver them to the lucky parental units assigned to them. So, yes, I guess that part isn’t really a metaphor. 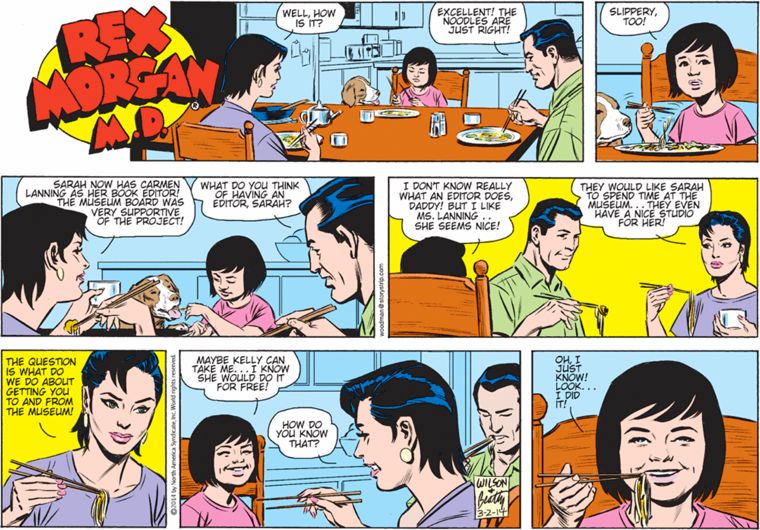 Say, did you forget that back in December li’l Sarah caught her babysitter Kelly doing sex stuff on the Morgans’ couch with her boyfriend, and Sarah used it as leverage to get a cookie, and also anything else she wants? Well, Sarah didn’t forget. Sarah never forgets.