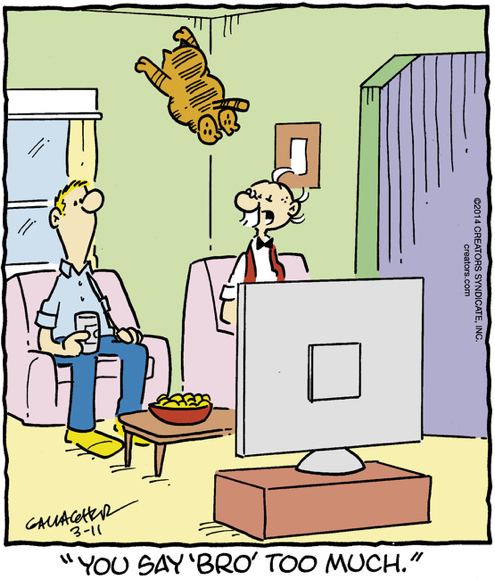 One of my favorite Heathcliff running gags is “Heathcliff hangs suspended in midair, about to land on his victim and slash at their tender, exposed flesh, but in that terrible moment a member of Heathcliff’s family takes the opportunity to drolly explain what’s about to go down.” We saw it before when some visitors made the mistake of revealing their canine sympathies, which seems like the sort of thing that would piss Heathcliff off, and thus I assumed his attack was self-directed. However, I doubt Heathcliff has much by way of cultural-linguistic peeves; instead, it’s his cranky old owner who seems smug that this young bro-sayer is about to get a faceful of claws. Is it possible that Heathcliff’s access to the family finances comes at a price, and that price is the willingness to do awful violence to the family’s enemies? 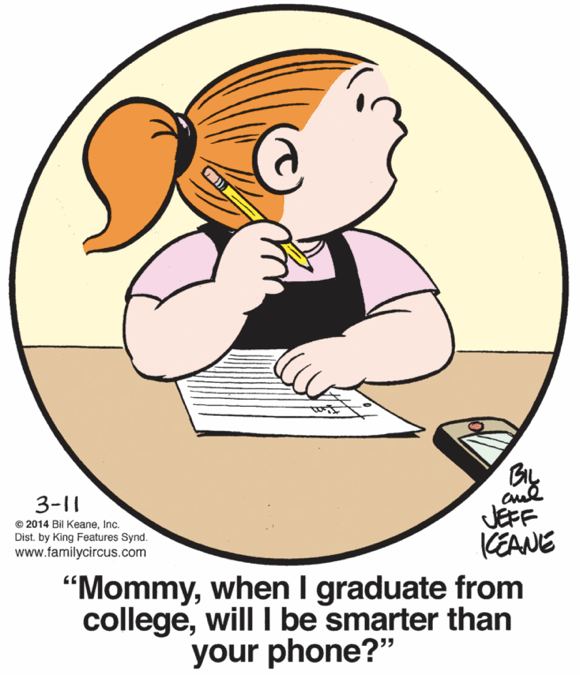 I was going to go on this long riff about how the answer to this question depends on how far artificial intelligence will advance and your opinion on the likelihood of a coming Singularity, but then I realized this is Dolly we’re talking about, so: no, sorry Dolly, the phone will still be smarter. Much, much smarter.