Congratulations to Momma for coming up with a strip gag that’s entirely opaque to me! Is the joke that Francis is foolish for thinking that he can ski on a day Momma has planned a beach outing? But there are several parts of the country, including my own future home in California, where this is a real possibility! Is the joke that Francis is making bold claims about a ski date with his “buddies” when in fact even in his own imagination he’s skiing in total isolation, alone and unloved? That’s … that’s not so much of a “joke” per se, but at least it sort of makes sense. 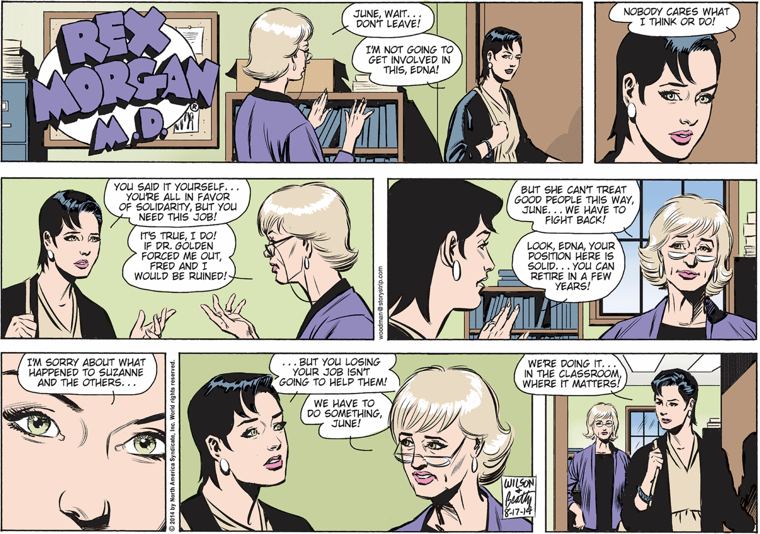 Ooh, this academic skullduggery plot is reaching a climax with June’s bold pronouncements: keep your head down! don’t get involved! don’t try to change anything! just do what you’re told quietly and you’ll get out unscathed! ride this thing out until you can retire! Truly the stance of a hero!