Wow, notorious mulleted layabout Francis Hobbes has gotten a nice haircut and apparently enlisted in our armed forces! Based on the uniform, I’d say he’s enlisted in our armed forces circa 1955? And based on his chevrons he’s already a Staff Sergeant? This all might explain why “in honor of next Tuesday” and “my salue to Veterans’ Day” seem to be two different things in his mind. “This is all in honor of next Tuesday, when my living history group will be re-enacting the First Battle of Naktong Bulge! And, uh, Veterans’ Day, yeah, that too.” 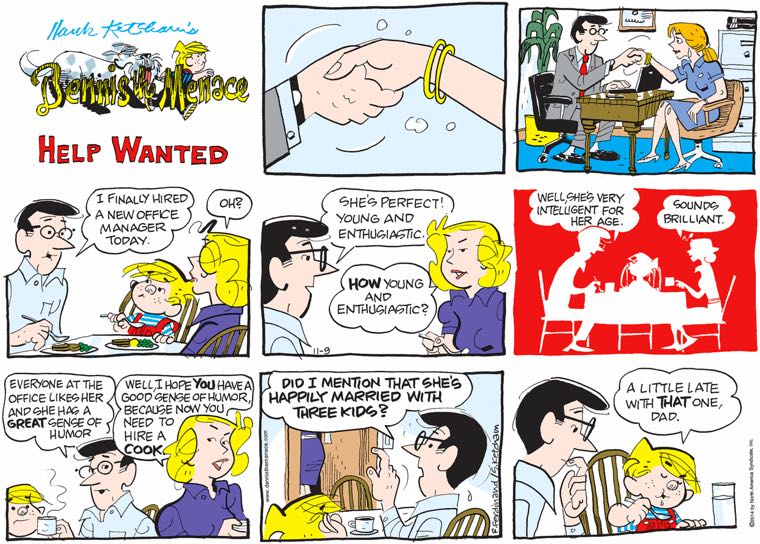 This would be just more weirdly retrograde marital misanthropic misunderstandings if not for those throwaway panels. Look at how anxious the new office manager looks as Henry Mitchell holds on to that handshake for an uncomfortably long time. She’s already mentally composing her letter to the EEOC about the what a hostile work environment this generic white-collar office is.