A genuinely disturbing scene: despite the large sign letting visitors know that this is a farm where LIVE TURKEYS are raised, Momma, declining rapidly into dementia, is unable to identify these common barnyard animals by sight. Instead of gently helping his mother out, Thomas, no doubt to get a measure of revenge for decades of controlling behavior and barely veiled contempt for his wife, gives her some weird, wordy, obtuse description. Fortunately, these angry free-range birds have dimly perceived that their honor has been slighted and will now be rising up and destroying all humanity, presumably starting with the representatives nearest to hand.

This is a nice coda to the story of Bull’s failure to get that college coaching job: we get a reminder that everyone wants to get the hell out of this cursèd town, but nobody can quite figure out how to do it. 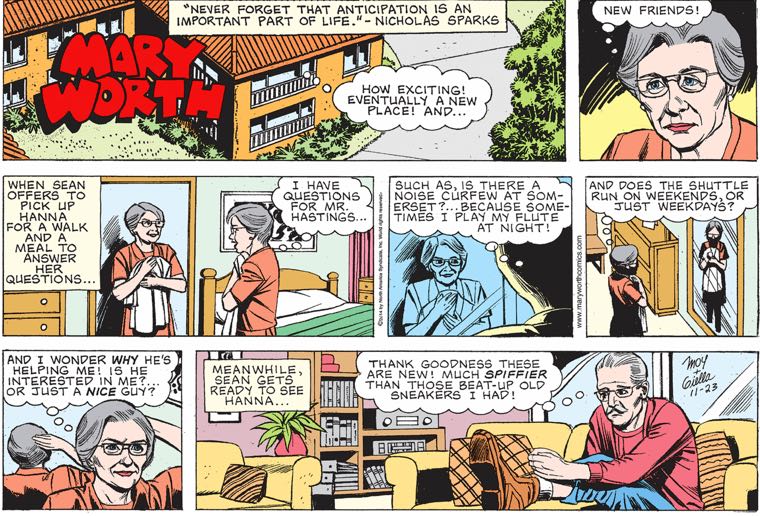 I was going to make some joke about Mary Worth finding its true level by rejecting quotes from highbrow French philosophers and just going with Nicholas Sparks, but then I visualized Hanna enjoying a little post-coital flute-playing in Sean’s room only to be shushed by some busybody Somerset employee and my mind literally exploded with happiness.