Usually the best thing you can say about the art in Beetle Bailey is that it’s serviceably cartoonish, but I think something subtle and interesting is going on here today’s strip, which invades the dreams of a number of Camp Swampy denizens. General Halftrack imagines receiving an award from some generic civilian dignitary; though the achievement is obviously above his real-world capabilities, his dream-self remains identical to what we know of reality. In Lt. Fuzz’s dream, though, he’s being given an award from — who? We all know that Halftrack is the lucky focus of his monomaniacal sycophancy, so we have to assume that this figure represents the General. But his mustache is less fluffy, his face more dignified. Does Fuzz dream not just of recognition from his boss, but recognition from a better version of his boss? Is his world so sad that he can’t conceive of a Halftrack-less life, and at best can imagine only incremental improvements? 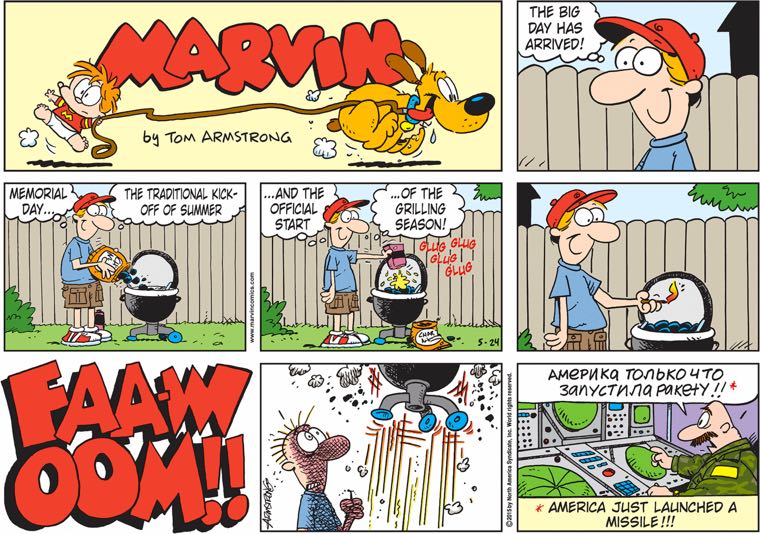 If some member of the Miller clan were to be the ultimate cause of humanity’s fiery atomic extinction, I would’ve assumed that it’d be Marvin. But as long as the hated hell-infant is vaporized by dozens of converging Russian ICBMs, I’m not really going to quibble about the process.