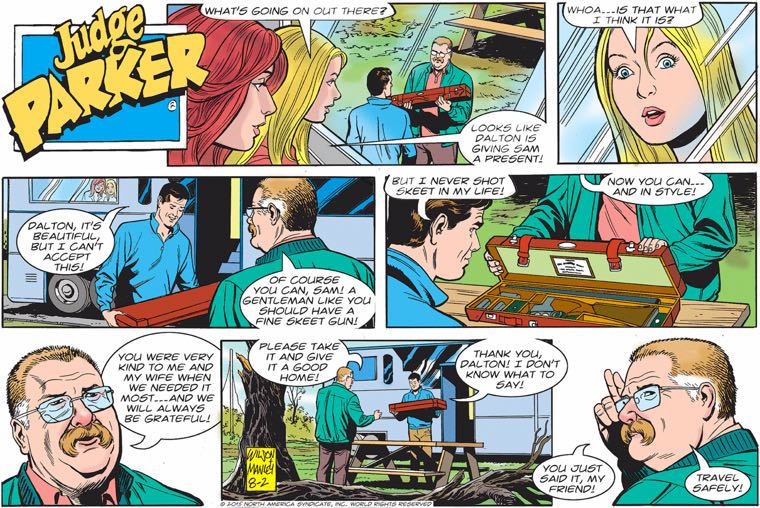 Oh, hey, remember like three and a half months ago (honestly, doesn’t it seem like longer? It seems like a lot longer) when Sam and Dalton where mortal enemies? Welp, now they’re best of friends, and Dalton is just handing over some firearms, as show of fealty. I’m gonna gloss over my coastal liberal anxieties about “licenses” and “permits” and that sort of jive and just focus on the fact that Judge Parker, the soap opera strip where literally nothing ever happens and it happens extremely slowly, is going to be the ultimate test of the Chekhov’s Gun principle. Perhaps it will need to be rewritten for this context to something like “If you hand someone a shotgun in the first act, it needs to go off sometime in the next seven to twelve months, or maybe never if you get distracted by something else.”

Ha ha, it’s funny because Holly would love her husband more if he were the funny, charming young man he used to be instead of the bitter old grouch he’s become!