While I cannot argue with the sentiment of today’s Six Chix, I am supremely unnerved by the context in which it is delivered. Why do these three women (or are they variously malformed instances of the same woman?) each appear to be accompanied by an ominous dark void? Is this some sort of dimensional portal from which the women are emerging, or some of the Monoliths from the 2001 series? Or perhaps they’re just large stakes to which the women have been tied, with burning in the immediate future. In today’s fashion-forward world, does a woman condemn herself as a witch merely for suggesting sensible shoes? 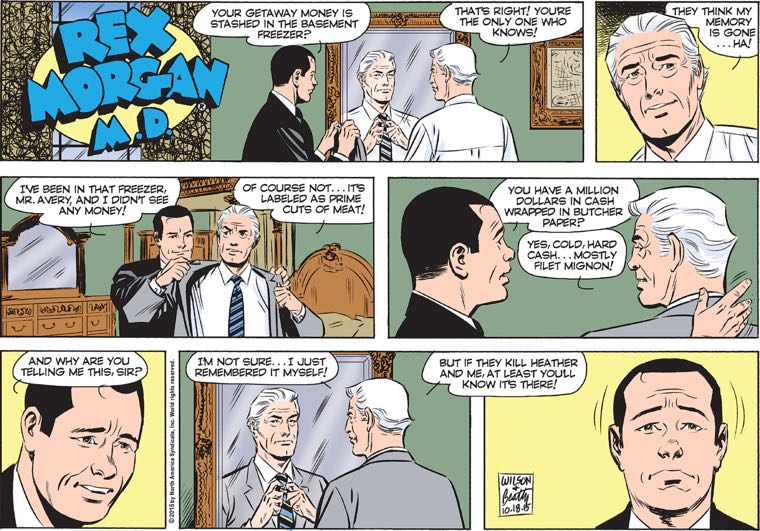 Haha, Jordan is not happy to be the unwitting confidant of Milton’s senile, paranoid fantasies! Maybe he’s just going to have to explain to Heather about this frozen money, or maybe they are all going to be killed by Milton’s enemies, but either way, I bet he’s regretting turning down that gig as “guy who gives free stuff to the Morgans” and telling his agent he wanted a bigger role.