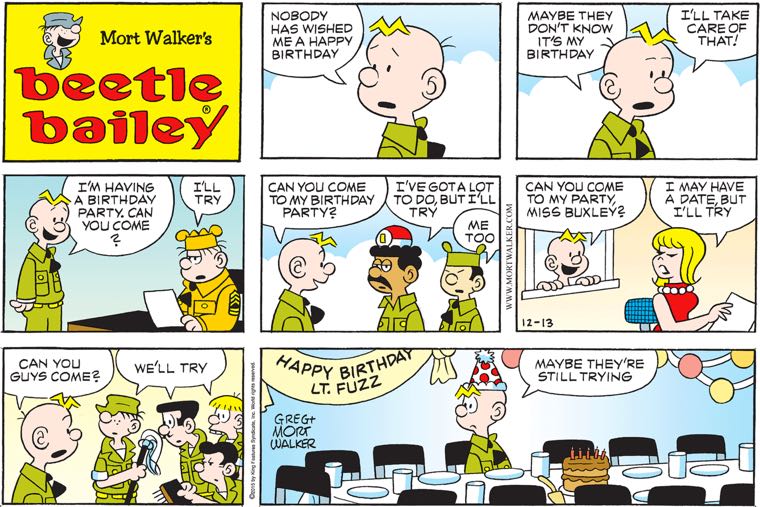 Welp, looks like Beetle Bailey is going to start spending its Sundays focusing on the ways in which its characters’ lives are exactly as awful as they’d always feared! This one isn’t quite as grim as last week, when General Halftrack declared that his marriage was a prison and his hobby a punishment, but still: Lt. Fuzz worries for six panels that nobody likes him, and then in the seventh his worries are confirmed. 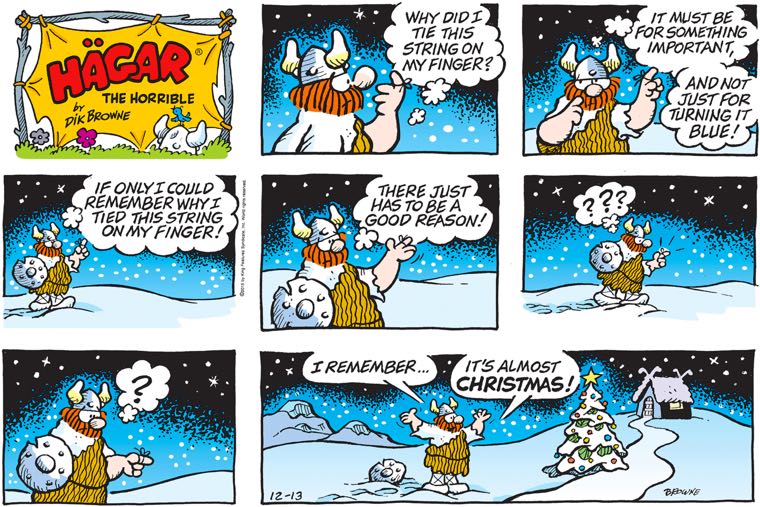 Christianity is still a relatively recent import to Scandinavia, and Hagar is having a hard time remembering the schedule of its festivals. Don’t worry, Hagar: the medieval church is pretty accommodating of local traditions. That’s basically Thor’s Oak outside your house, and I’m sure there’s a yule log burning in your fireplace.