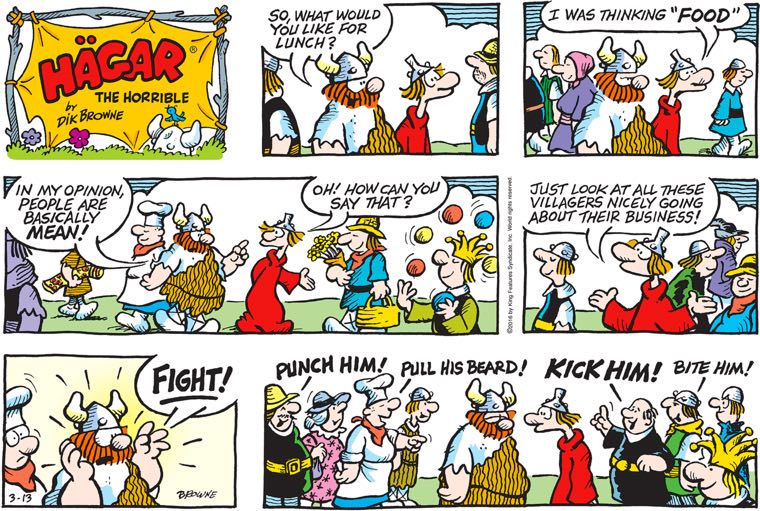 Hagar’s role in the 9th century economy is essentially parasitic, extracting resources via violence from peasants and townsfolk whose rulers are too weak or too distant to protect them. Naturally, in order to justify this position, he tells himself that everyone — savage Viking raiders and helpless serfs alike — is equally morally bad. Presumably he’s trying to set off a riot in this village so that he and Eddie can steal some stuff in the confusion. 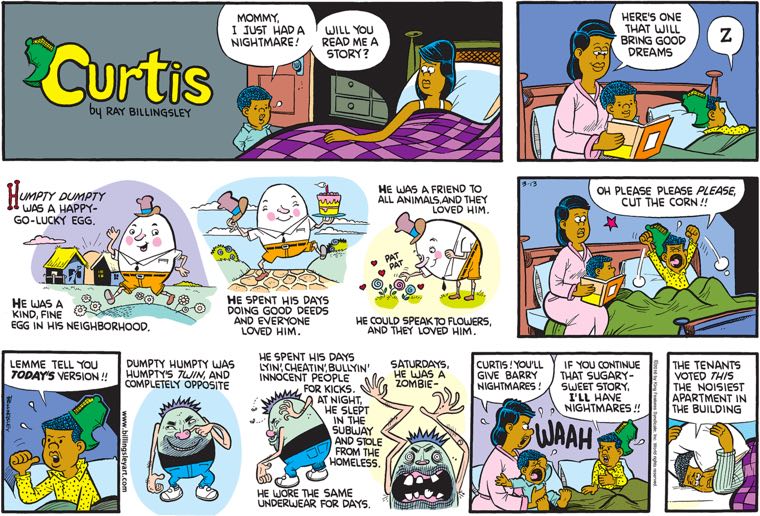 Haha, sure, Diane, scold Curtis for his zombified Humpty Dumpty, but I know for a fact your book ends with the beloved egg-being falling to his death, shattered to pieces in a scene of awful horror. Who can save him? The government? Not in this fairy-tale kingdom, where the military is sent in to provide substandard medical care to its citizens! Barry will be crying his eyes out. At least in Curtis’s version you’re relieved when he dies in the end.