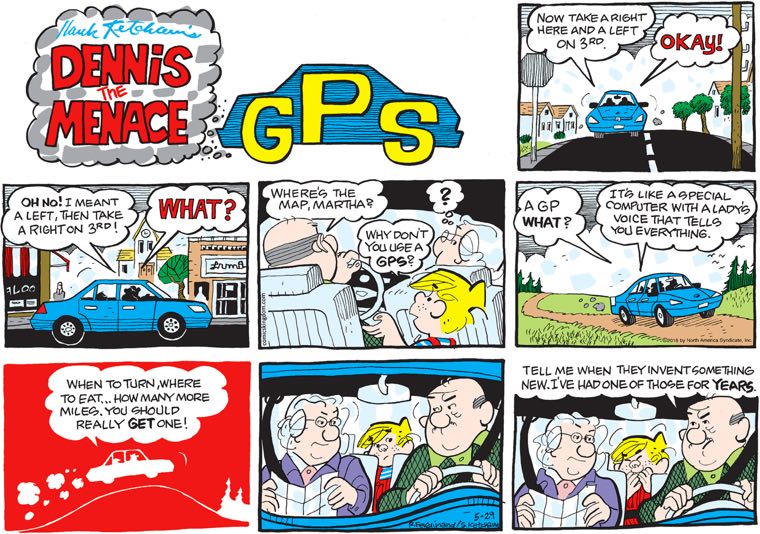 Ha ha, yes, it’s funny because even the most loving relationships degenerate into a living hell of passive-aggressive nagging if given enough time, but what I really want to know is: why is Dennis going on a road trip with the Wilsons? Notice how their journey is taking them from the city to the countryside. Maybe the reason they aren’t using a GPS is because none of the digital mapping services know where The Burying Place is. That’s the sort of lore that only gets passed down by word of mouth.

Hey, kids! Somewhere, miles off, in a town not depicted in this comic strip, an awesome killer robot is just blowing stuff up nonstop! Probably with lasers and missiles and explosions and stuff! Meanwhile, in this panel, math is happening.