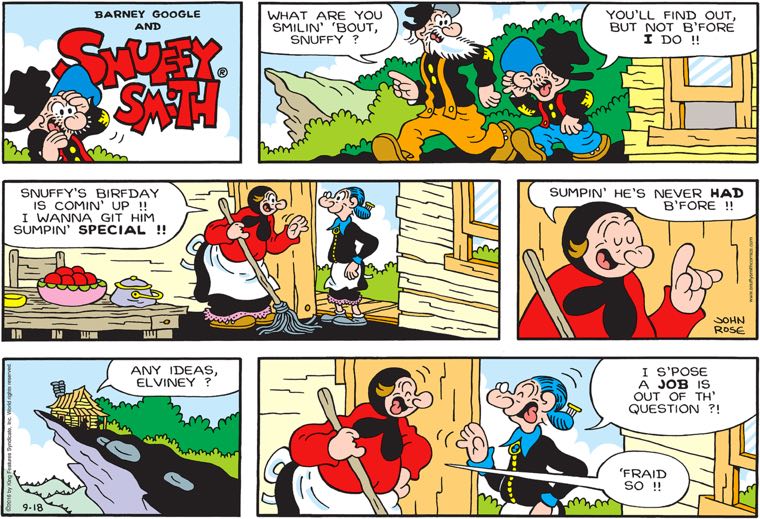 You know, there’s a lot of jokes in Barney Google and Snuffy Smith about Snuffy’s inability to hold down a job, but really, where would he work? Hootin’ Holler seems to be devoid of economic activity of any kind beyond subsistence farming; the only people there with any “jobs” as we would understand them in a modern sense are Sheriff Tate, Miss Prunelly the teacher, and Uriah the mailman, who are all government employees; Doc Pritchart, who presumably makes the bulk of his income from Medicaid reimbursements or perhaps a state-subsidized rural medicine grant; and Silas the storekeep, who I’m frankly baffled how he stays in business. Seeking any kind of financial advancement of the sort that the flatlanders would approve of would no doubt involve actually moving to the flatlands themselves, which I presume the Smifs would be loath to do. The dire position of the Hootin’ Holler is best illustrated by the location of the Smif home, shown in the next to last panel: if any degree of gentrification were in progress, this place would be touted for its stunning valley-wide views and would probably have been torn down to make way for a three-story ultramodern house with floor-to-ceiling-windows; but, since it’s sitting on a rocky, unplowable outcrop, under current market conditions it’s the unwanted property of the least reputable family in town. 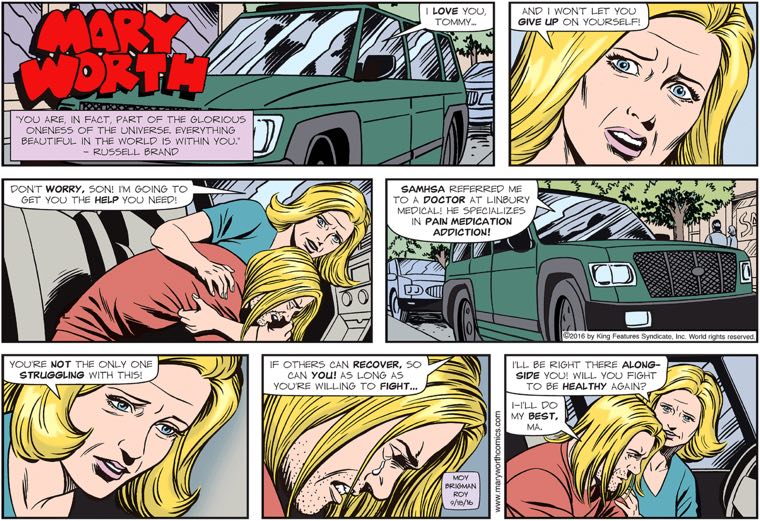