Hello, all! If it’s the last Friday of the month, it must be time for me to plug the next installment of the live comedy show I host, The Internet Read Aloud! 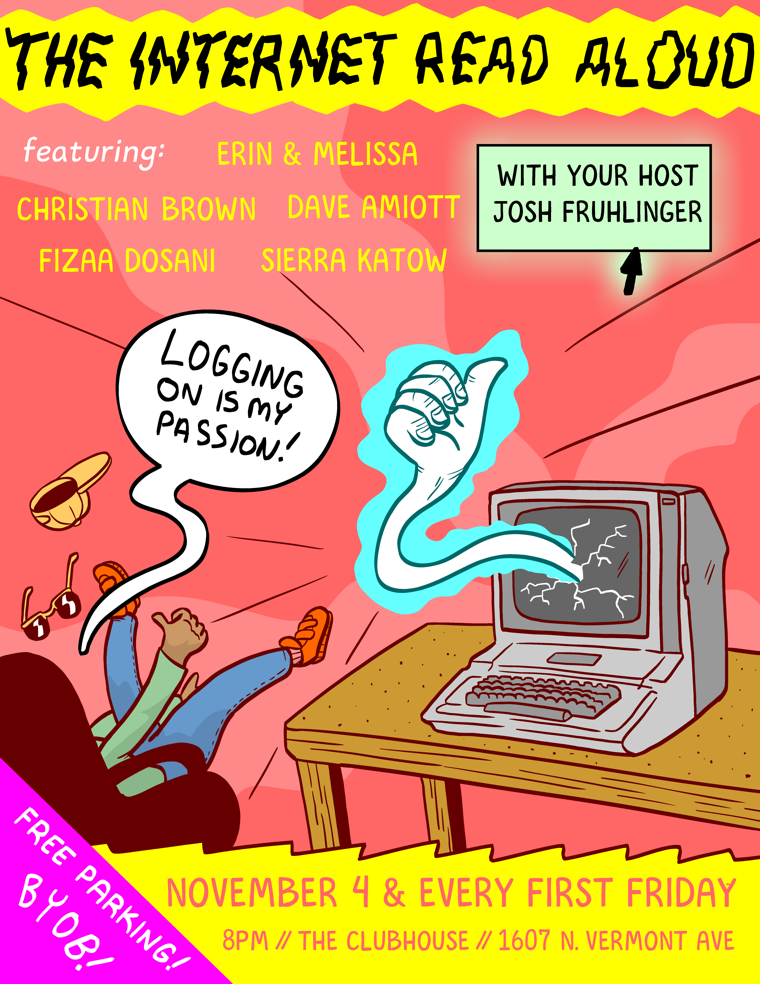 This month, we’ve got: Mary Sues! Unsolicited emails! TV’s Alf! And much more! Here’s the Facebook event, if you like those! We’re at the Clubhouse, which is at 1607 North Vermont Avenue in Los Feliz — it’s in the shopping center just the north of the Vons (just to the left, as you’re looking at the storefronts), under a sign that says “That’s Shoe Biz!” (There’s a smaller sign that actually says “The Clubhouse,” but it’s hard to see unless you’re up close.) Lots of free parking and an easy walk from the Red Line! Don’t miss it!

ALSO! I have fallen behind on thanking everyone who gave to my fundraiser and finding out if you want a tote bag and if so where to send it. Huge apologies! I will be getting to this by early next week, I promise!

And with that out of the way, let’s enjoy this week’s comment of the week:

“The reference to ‘ice princess’ has to be deliberate and not generic, for if there is one immutable lesson of the soaps it’s that the men are dopes and the women are ice princesses. To get there, it starts with role playing.” –GDBenz

“Mary has cleverly taken to wearing camouflage to blend into her surroundings.” –Rusty

“Is Dennis the Menace being self-referencing? By which I mean, is he pointing out that the DtM comic was built with supreme durability and will still be running in some form of medium when such newcomers as Pearls Before Swine and XKCD, and indeed all of us ’mugeons, are being consumed by worms? Very menacing indeed.” –Nekrotzar

“This could be the quintessential newspaper Spider-Man strip, if only Peter were saying ‘Guess I should have figured that out for myself’ while at full size and sitting on the couch.” –Steve S

“Check out the facilities: I live right next to the very edge of reality! Yep, I can take a piss directly into a milky void beyond the very concept of time and space. This might be the very pinnacle of canine achievement.” –pugfuggly

“If therapy works out well for their marriage, later this weekend this couple is going to put on some smooth R&B, light some pumpkin spice candles, and just blast pumpkins seeds all over the bedroom. Most terrifying: whose seeds do what in reproduction and how and why and I can’t stop this thought experiment nightmare now” –Chareth Cutestory

“So we discover that the pluggers who read the comic strip Pluggers and send their stories are an élite of pluggers who has learned how to read and write, but only use these intellectual tools to express the feelings of their fellow pluggers. They are the organic intellectuals of pluggerdom, in a Gramscian sense.” –Ettorre

“I’ve noticed that the excitement level in this strip is inversely proportional to the number of hot pads that show up. At six appearances this week alone, we are descending through ‘Platitudely Benign’ into ‘Insufferable Tedium.’” –Mikey

“Well, disaster is looming, but at least with that second panel Wilbur has cover art for Comin’ At Ya, the solo album he made in his bedroom with a PC and a keyboard. If you were going to ask, ‘If it’s a solo album, then how come Mary is in the picture?’ then you, my friend, do not know Mary Worth.” –handsome Harry Backstayge, idol of a million other women

“‘My interview subjects were very gracious… considering the circumstances!’ In a rare moment of self-awareness, Wilbur acknowledges that he is repellent to all other humans.” –Here come the Judge

“It looks as if Thel got tired of waiting for her kids to use the bathroom, and just went ahead and installed facilities in the living room. If that isn’t a ‘reading the paper while on the toilet’ stance, I don’t know what is.” –BigTed

“I’d cut Private Blips some slack. Look at her desk. It’s a solid slab of oak with no place for her legs to go. The poor woman is in constant pain. Let her have this … whatever the hell she’s doing.” –Joe Blevins