Hey everybody, a couple notes before we get to our weekly top comments. First: We are one week away from the first Friday of the month, so you know what that means: the live comedy show I host, The Internet Read Aloud, is looming! Come to The Clubhouse in Los Feliz to see me and some other insanely talented people perform onstage and tell jokes about the Internet that we all know and love! 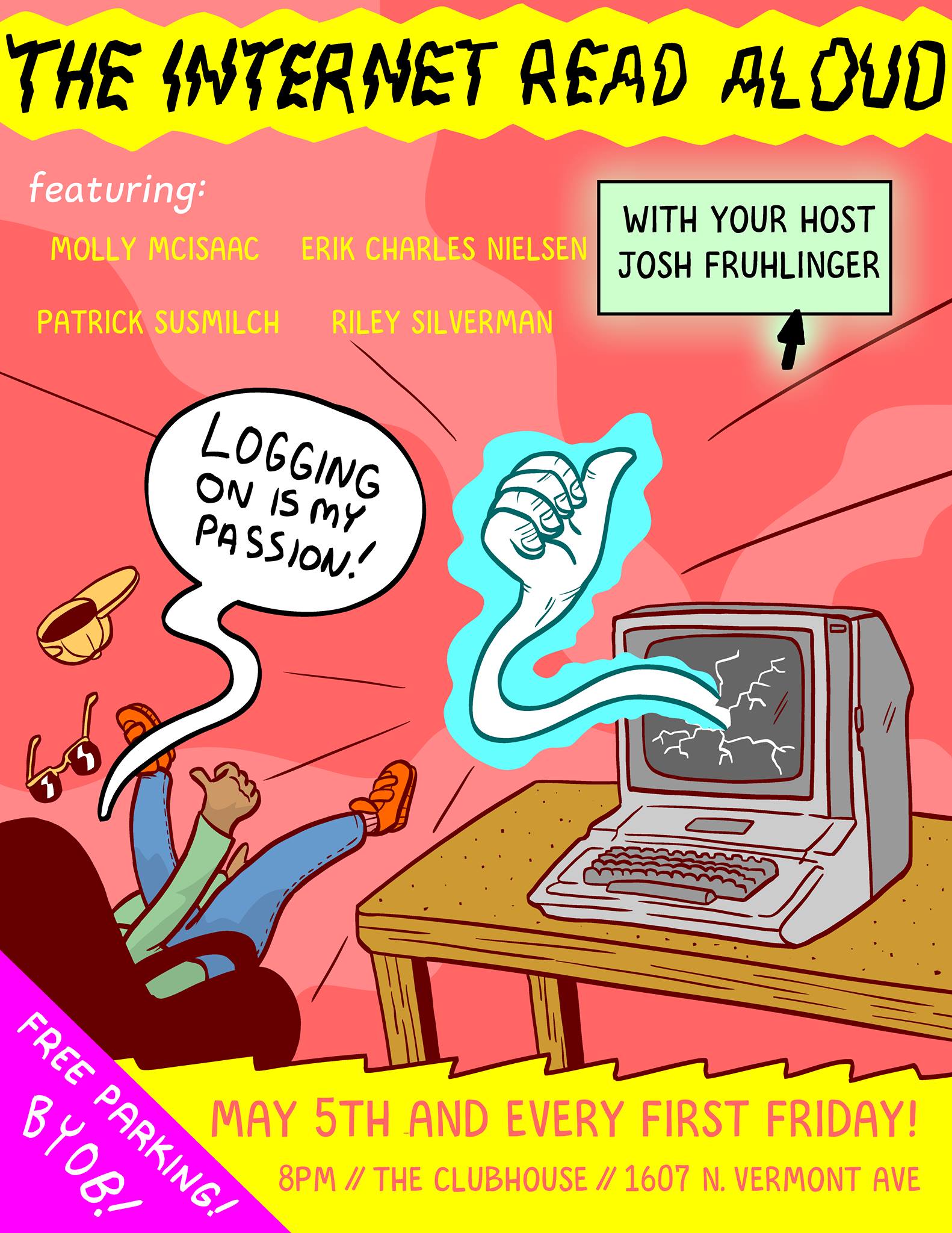 Don’t miss it! Here is the Facebook event, if you find those helpful in planning your social life.

Also: I’m about to take a little mini-blogcation, and as ever your favorite Uncle Lumpy will be here to fill in, so be nice to him! I’ll be back on Monday May 8th.

And now, your comment of the week, which shall reign supreme for a couple of weeks because Uncle Lumpy loves you all too much to choose amongst you:

And here also are your runners up! Very funny!

“‘Media’ is just Latin for ‘middle things’, right? So this is probably just a comment on how Hagar has lost his middle finger, very clearly shown in the first panel, and the prosthetic replacement he was hoping would be ready is still a distant dream.” –pachoo

“Dennis hears the adults around him chunter on about computer jargon and licks his lips as he realises there’s nothing they can do to stop him. He may no longer be a meatspace menace, but I guarantee he’s either raking in Social Security numbers and bank accounts, or he’s in the middle of writing some particularly grotesque viral fake news to disrupt the next European election cycle.” –Schroduck

“Those are all the snails I collected at recess last Friday. There’s a small hollow under the tree in the corner of the playground, so when I crawled inside I met the Ancient One, the Black Goat of the Woods, Shub-Niggurath! He’s just covered in snails! I just can’t wait until Monday!” –Chareth Cutestory

“You know how I can tell Mason Jarre doesn’t recognize sarcasm?” –lumaca morente

“Slipping on a Banana Peel: The Musical” –Rejax, on Twitter

I was in college and reading J.D. Salinger’s story ‘For Esme With Love and Squalor’ when I realized that ‘Esme’ is pig latin for ‘mess’ (and what better way to say ‘mess’ than in pig latin?) So, Derek Hoosier, if you’re going to have an affair with a showtunes entertainer in an enclosed environment with Mary Worth hovering, do make sure your new beloved is an emotionally troubled woman. I’ll bring popcorn.” –handsome Harry Backstayge, idol of a million other women

“Gosh, I like all the pretty costumes, like Little Bo Peep the Axe Murderer and her sidekick Elf Without Pupils. Yep. Real pretty.” –made of wince

“I wish there was room in the panel for Mason’s thought bubble while Cindy prattles on. It would just be an Oscar and a bunch of dollar signs.” –Doctor Handsome

“Don’t forget to bring your chips, Chipper! (Pun intended!) Because some guys from the Gambino family tell me they want to help you cash them in! (Pun possibly intended, I’m really not sure, it’s hard to tell verbal nuance when someone’s threatening your kneecap with a power drill.)” –Voshkod

“A bald funeral director stands behind a podium, surrounded by preternaturally happy faces. An unidentified woman films the proceedings at the Tomb of the Unknown Soul Stealer. Yep, the creators of Gasoline Alley definitely have direct access to my nightmares.” –Victor Von

“I must admit that at first glance, I read Dot’s line as ‘What kind of cellophane did you have?’ You know how kids these days love their cellophanes! ‘We had the real crinkly kind, the kind that sounds like a camp fire! Hey, Dot! Better pull your mukluks out of the cellophane before they scorch! That kind.'” –Deacon Blues

“Starlord, eh? And he’s from my world? He sounds dreamy! Tell me, is he a shadowy, stubbly drifter who’s capable of retracting his head into his jacket like a turtle? And does he have a beautifully maintained pompadour with a single wayward forelock? ‘Cause that’s how I picture him!” –Joe Blevins

“Yeah, too bad you already invested all that money in uniforms and equipment just to play five-man baseball on your street. What are you going to do with that riding field-line chalker now?” –pugfuggly

“It’s been my experience a woman who wears a top hat is usually a real tornado in the sack. They know how to ‘work the ol’ stovepipe’ if you know what I mean.” –Mumblix Grumph