Hey all! Next week’s the first Friday of the month, so you know what that means: The Internet Read Aloud is happening in LA! Come see me and these funny people be funny! 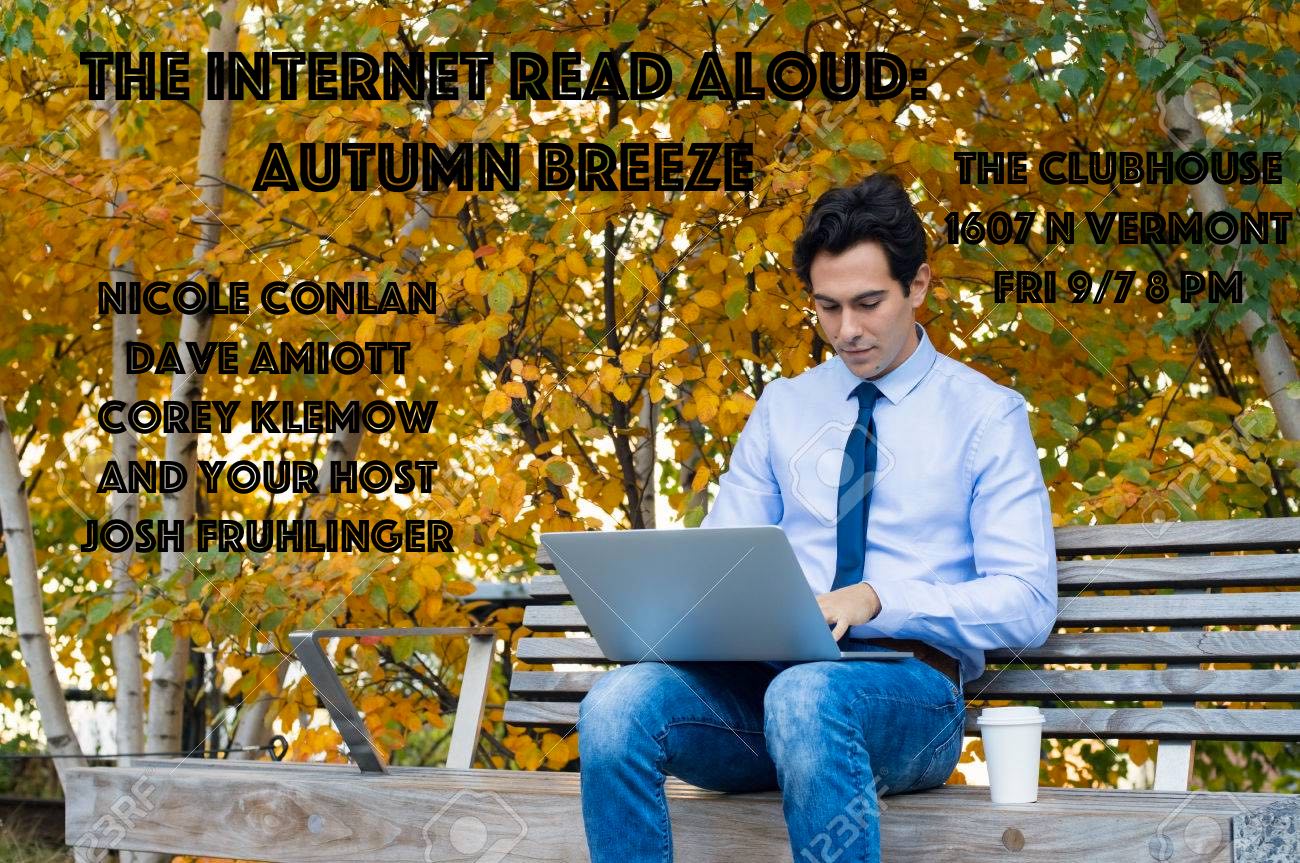 Here is the Facebook event, which tells you all the details!

“That owl though. ‘A CAVE? Can you believe this guy?’” –MissAgatha

“Giant hogweed, also known as giant cow parsley and hogsbane, is also known as cartwheel-flower, giant cow parsnip, wild rhubarb and Heracleum mantegazzianum. The fact that Mark didn’t include these other names means he’s really slipping in the explanation department — which may not seem like a big deal until someone yells ‘Hey, watch out for the cartwheel-flower,’ but you don’t pay attention and end up getting your face burned off. Details matter, people!” –BigTed

“I like how the beach gets progressively more empty, as people flee Brandy and Tommy’s insufferable love talk. By the final panel even the sun has had enough, bringing dusk to California a full 5 hours early.” –pugfuggly

“Does anybody else feel like the Mary Worth is some kind of ominous foreshadowing, like Tommy is going to die trying to save it from drowning or something? Maybe the mind just sees what it wants to see. I have been hoping Tommy will drown for weeks now. In fact, I no longer care who drowns. Tommy, Brandy, me; let’s just get this over with.” –K.M.

“Ah yes, muffins. The quintessential dessert for pool parties, picnics, and other summertime gatherings. And I’m sure they are bran muffins. Y’all can keep your watermelon! Mary knows the importance of staying regular.” –Havalina

“I also want to be counted amongst those who were shocked to see people actually in the pool at a pool party. What are they doing THERE and what are the DOING there? Is this a set up for some hero dog action? Will those people soon suffer from cramps for being in the water too soon after eating salmon ‘snacks’? There better be some G-D denouement including those two or I’ll be grinding my teeth something awful.” –The Mighty Captain E

“Ah, an elderly gentleman who wishes to be left the fuck alone so he may spend his golden years with his beloved dog. THIS HERESY MUST NOT STAND!” –Zerowolf

“Giving the loving illustration of that radio in Mark Trail, I can only assume it will soon be Mark’s sidekick. ‘How should we handle this, CeeBee?’ ‘Breaker breaker!’ ‘Ha! Good choice. Let’s break their jaws. I love you, CeeBee.’ ‘Wilco!’” –Voshkod

“This concludes another exciting episode of The Adventures of The Guy from ‘American Gothic.’” –Joe Blevins

“I’m not sure if this guy is already dead or not, but I better run before he hits the floor!” –Peanut Gallery

“Keep running until there’s no one left to chase you. That’s how I used to play tag when I was a kid. It was very effective. I’ve never been ‘it’, not even once. Of course, that didn’t make me very popular with my peers, but I think they were all just jealous. Hey, where are you going?” –made of wince

“The Hanks are, respectively, 95 and 75 years old. The most likely explanation is that neither of them know how to work that iPhone.” –Where’s Rocky

“Meanwhile a hawk tries very hard to convince people to build a new Aztec capital on this site, but everyone is too focused on petty looting to see the omen. Way to miss your destiny, Joe.” –pachoo

“Cindy doesn’t have any brothers or sisters. She’s a single! No caring mother or father, no inquisitive aunts or uncles. A single! No one would miss her if she were suddenly to disappear, say by going into a basement and having her organs harvested!” –seismic-2

“Hi and Lois is violating the Three Guys on a Sofa rule established by TV advertising that states one of them MUST be a person of color. However, following that rule would mess up the cultural insensitivity required by the joke of Thirsty’s Italian-American bookie. Don’t even get me started on him smoking inside the house.” –Chaze