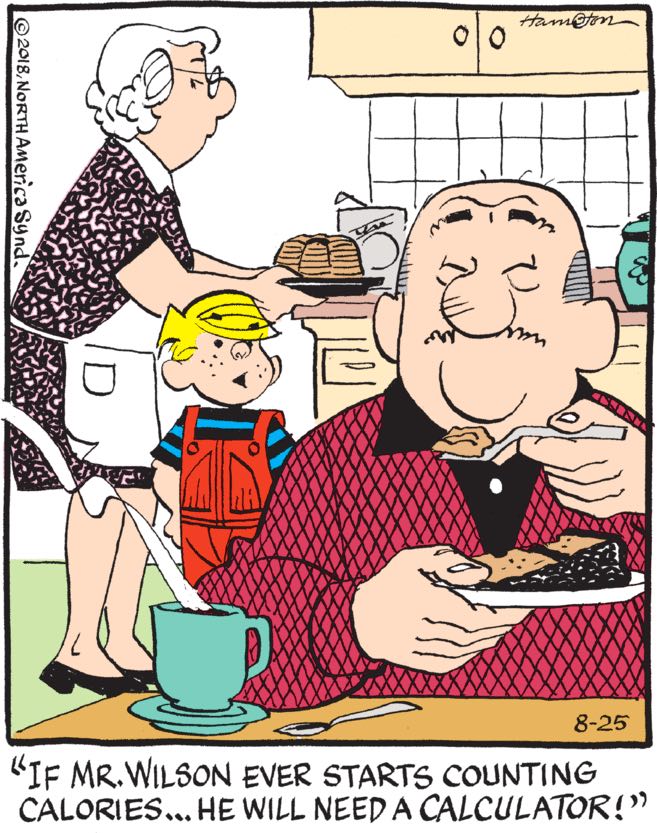 If I know my Dennis Mitchell, he’d never say “he will” rather than “he’ll.” And if I know my genre conventions, inappropriate failure to use contractions is a sign that what we’re dealing with here is an android, presumably one that Mr. Wilson built in his garage workshop to make him feel like he has some kind of control over his life. “Ha ha,” says the Dennis-bot, “Mr. Wilson will need a calculator to count so many calories, because biological life forms are not good at mathematicak operations, even simple ones like addition!” George looks incredibly smug because he knows he could turn Dennis off whenever he wants. 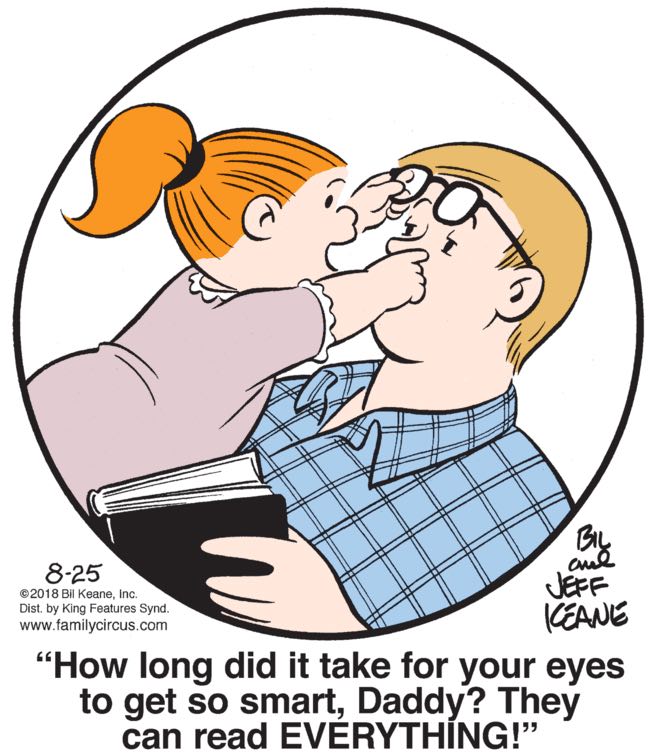 “Your eyes, Daddy!” Dolly exclaimed, grabbing at them with her short, stumpy fingers. “So wise and learnèd.” She began to really dig in there with her surprisingly sharp nails. “I want them.” Her voice deepened, and echoed like something very far away, yet at the same time rose to a deafening pitch. “I want your eyes. Give them to me. Give me your eyes. I want them.”