Hello everybody! This is your monthly reminder that if you’re in LA, you should always come to my beloved comedy show, The Internet Read Aloud, on the first Friday of every month, which is today! I’ve been granted an extra half hour in my theater time slot, which means I can now pack in more funny people serving up more World Wide Web-themed laffs! 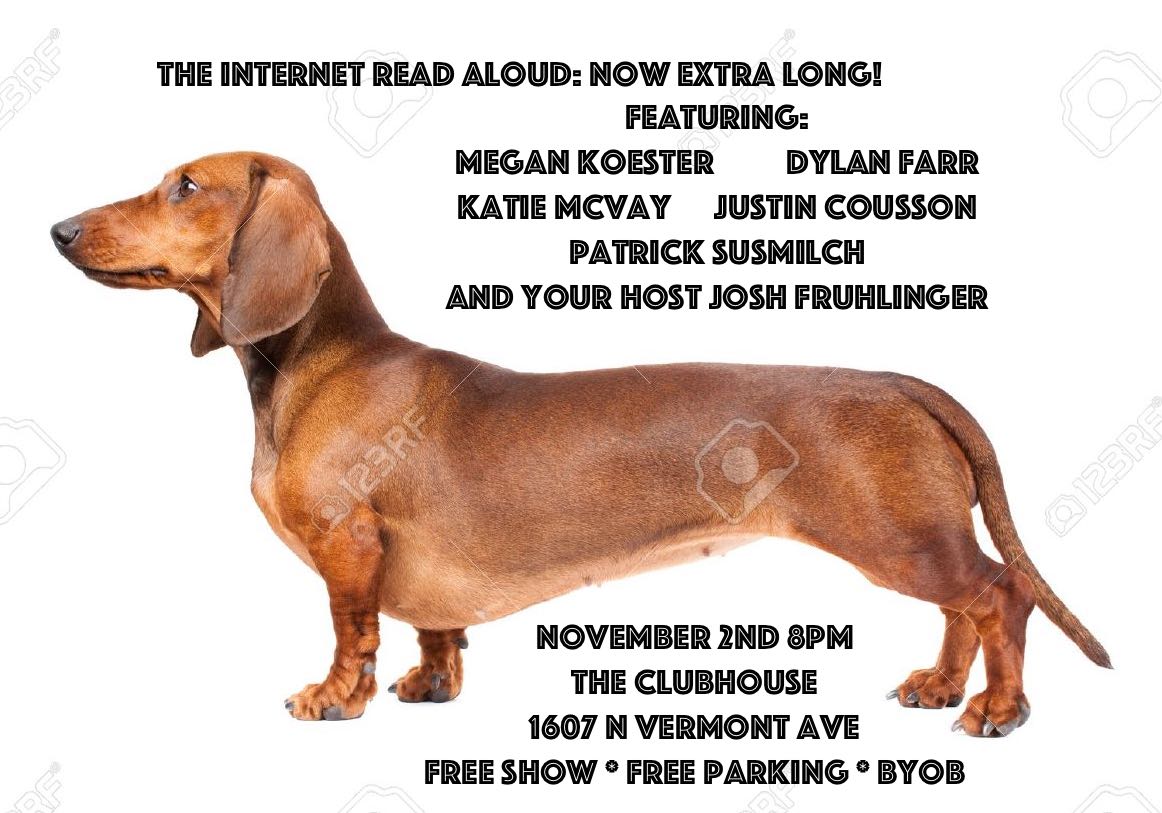 And now: your COTW!

“In a plugger’s mind, female schoolmates are linked with ‘drilling a hole,’ if you know what I mean! (I mean that pluggers did not receive sex-ed, so when they got their girlfriend pregnant at 16, they had to leave school and work as a handyman to support their new family.)” –Ettore

“So God doesn’t intend for you to play golf, but you’re golfing anyway? In blatant defiance of His will? On a Sunday yet? Bold. I like it.” –Joe Blevins

“The Bird-Bible of the Shoe world is an old paperback copy of Jonathan Livingston Seagull that somebody left lying on a park bench. But the hard-drinking, middle-aged main characters consider that book to be hippie liberal claptrap, so instead they pray to the images they found on the cover of a VHS tape of Dorf on Golf.” –BigTed

“Well, obviously, Crock takes place in a world where the Axis was victorious. Have a little faith in the cartoonist, man! In the Crockoverse, the Germans and the Japanese have divided America, and the Vichy government was given the Sonoran desert as a reward. Morocco or Mexico, Paris or Berlin, it’s all the same for the Legion. They’ll just follow orders. Welcome to the world of The Man in the Poorly-Drawn Castle.” –Voshkod

“Where is Eddie? Or more specifically, when? He’s in a restaurant with tablecloths and glasses in a universe where slinky black evening dresses exist, and yet he still insists on wearing that funnel on his head. He’s keeping a death grip on his date’s hand so he doesn’t fall backwards into the timestream.” –The Mighty Untrained FOOZLE

“I think Spidey is just going to pull his mask halfway up to his nose to show Iron Fist how stupid that looks.” –Lorne

“You’d be terrified of your barber too, if he’d been giving you that haircut for decades.” –Where’s Rocky

“I really like how Iron Fist is desperate not to get himself involved in Spider-Man’s personal life, like at all.” –pugfuggly

“I’m sure glad Bella would be proud and grateful, Mary! The entirety of one’s life should be lived out based on what sort of human emotions one can imagine his actions provoking in the spirit of his dead dog! This feels completely healthy, both emotionally and mentally!” –JJ48

“What kid of Billy’s age would ever call them anything except ‘little swords’? Probably Thel didn’t want to explain, ‘Those aren’t stirrers, they’re inserted through the olives in those drinks that cause Daddy to pass out on the couch.’” –lumaca morente

“That’s just the tornado siren … they test it every now and then. Like, at random times, without warning anyone. We’ve all gotten used to ignoring it, as is the correct response to a siren. Say, you don’t have some psychological condition making that hard for you to do? Ha … I hope not. You’d have to move. This town is not a place for the weak, it’s a place where people get killed by tornadoes they didn’t prepare for.” –pachoo