So there’s been this whole Funky Winkerbean plotline where Wally (who now appears to be, like, 50?) and a Muslim woman named Adeela have been paired up by their professor on a project, with various flashbacks to his service in Iraq and others showing that she used to live in a country under U.S. occupation being offered as evidence of their unarticulated discomfort with each other. We all assumed that eventually they would learn to respect/understand/live with one another, obviously, because that’s how these kinds of plots work, but who could’ve predicted this extremely Funkyverse twist: the emotional turning point would come when they realize they had shared trauma in common! Let’s not argue about who invaded whose homeland and left it a ruin, or who held who as a POW for a decade leading everyone back home to think you were dead in violation of all history and reality. The point as that we both suffer involuntary panic attacks due to the horrible things we’ve seen and experienced in our life, so let’s hit the books and get to work on that project, OK? 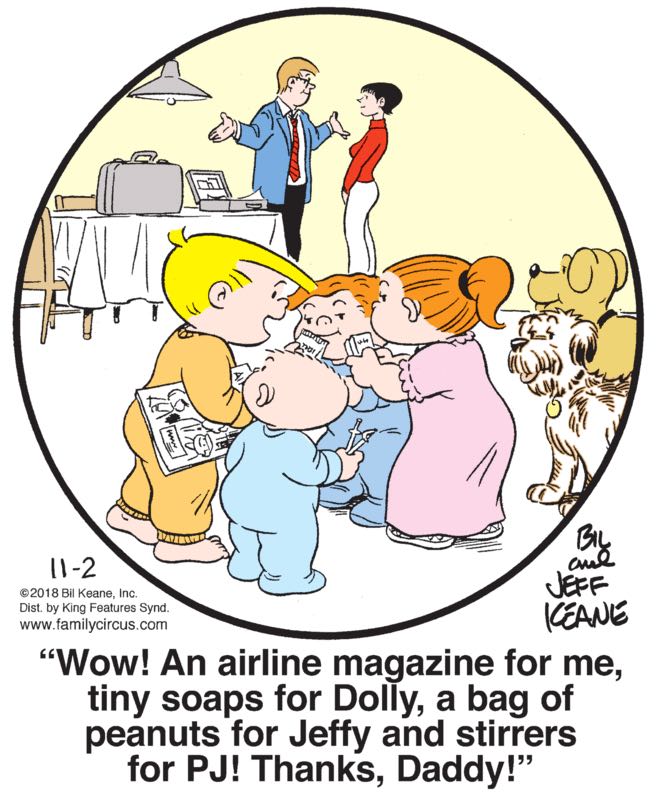 My absolute favorite thing about this is that Big Daddy Keane has chosen to give PJ, who is literally a baby, tiny plastic toys that would be a choking hazard for a child twice his age. And look how proud he is of himself! And how proud Mommy is of him! They’re definitely going to go upstairs and have sex, while Jeffy goes into anaphylactic shock and Billy pretends he knows how to read.