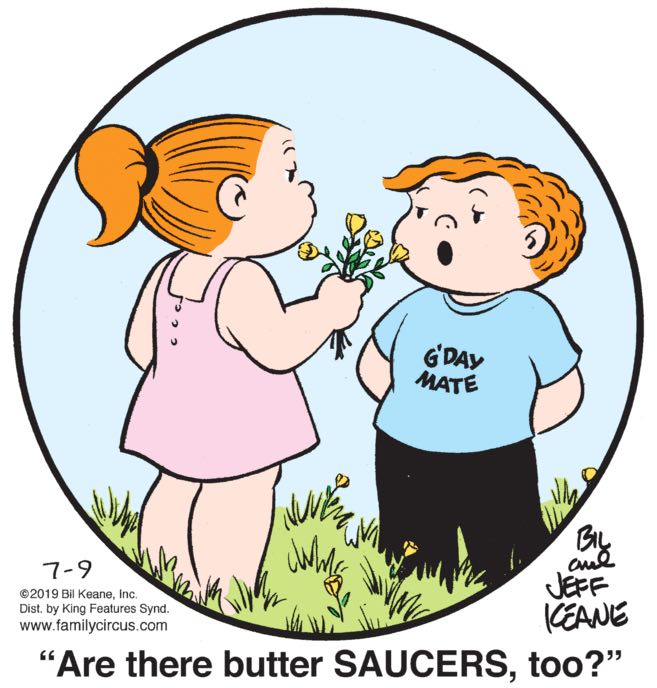 I gotta say, if Jeffy had his usual facial expression of moronic joy as he said this particular darndest thing, I would’ve scrolled past this panel without a second thought. But his heavy-lidded cynical look here really drew me into this scenario. I’m imagining him talking to Dolly very sarcastically. “Oh, are there butter saucers, too? How far are you willing to take this metaphor? It’s typical you don’t have the courage of your convictions on this.”

Where do you suppose Sarge went between these two panels? Do you think he saw one of the privates under his command — one of the men who he’s been charged with molding into a warrior who will fight to the death to defend our nation’s honor — just waving his tongue around, eyes closed, slobbering everywhere, and decided to take a long walk and think about his choices? Maybe he’ll finally follow up on that offer he got to join ISIS. Couldn’t be much worse!