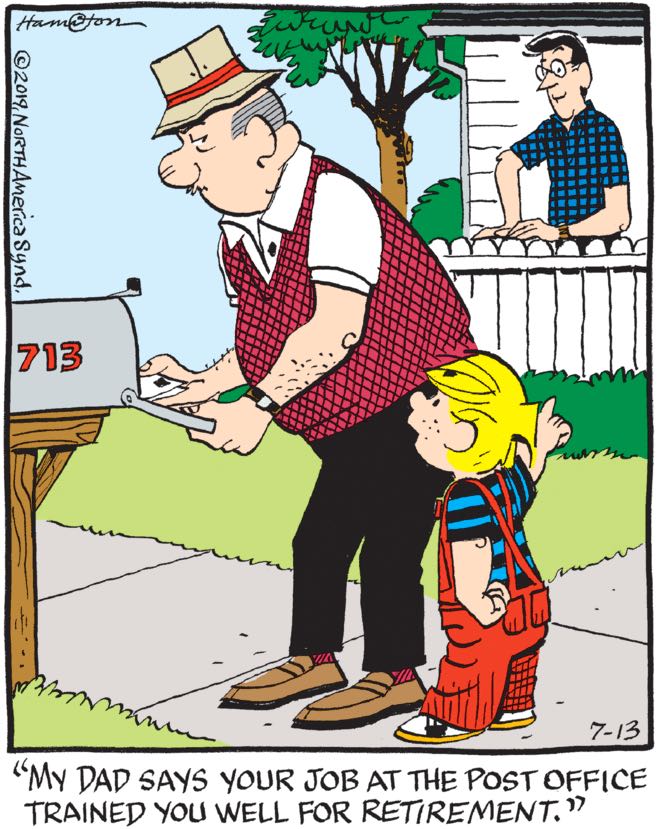 Usually the whole deal with this strip is that Dennis blabs something unpleasant that one of his parents said directly to the person who his parents blabbed unpleasantly about behind their back, and they always look real embarrassed about it but they never stop talking shit about other people in front of their big-mouth kid, now do they? The shy little smile on Henry here today shows that he’s finally admitting to himself that he secretly loves it when Dennis says the things that he dares not, and now he’s instigating these episodes deliberately, starting with Mr. Wilson, who seems safe because if he were going to attack Dennis or Henry physically, wouldn’t he have done it years ago at this point?

“So he was only an accessory to murder, which is barely being a criminal at all!”