I’m not really a fan of the way Jeff and Guy Who I’m Reasonably Sure We’ve Never Seen Before But We’re Expected To Believe That He And Jeff Have This Long Backstory And Established Emotional Intimacy, And Also He’s Named “Bill,” I Guess, are looking at the viewer in the third panel, implicating us in their own retrograde view of masculinity. “It’s like, guys, am I right, people?” they’re thinking. “We’re incapable of feeding ourselves, and that’s why we’re dying of cardiovascular disease!” 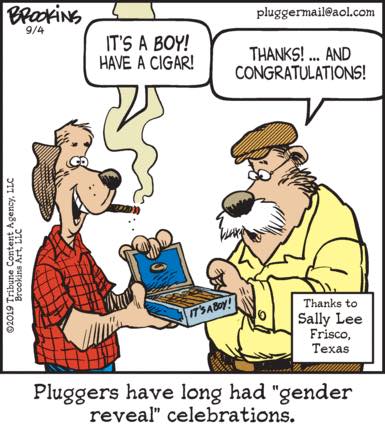 Pluggers know that sometimes a cigar is just a cigar, but more often it signifies the phallus, that potent symbol that proclaims and establishes male domination over society.