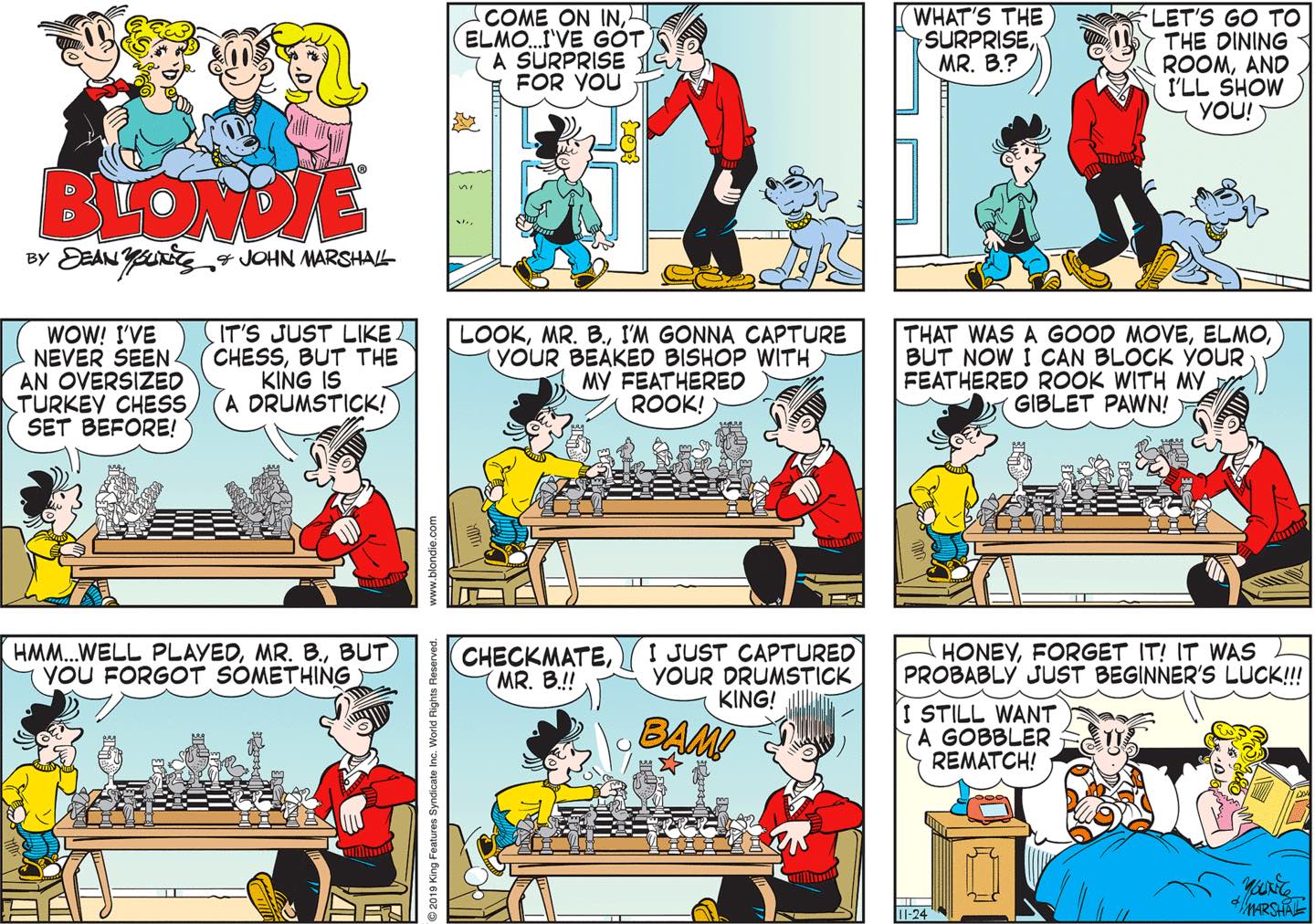 I don’t know why, but it bothers me so much that Dagwood refers to “giblet pawns” but the pieces in question very obviously do not look like organ meats at all! They just look like regular turkeys! Almost as if this strip, like most legacy comic strips, isn’t actually the creation of a single credited artist, but is rather put together assembly-line-style by hired hands, and one person wrote the joke and then the artist got the script and was like “no way in hell I’m going to draw weird turkey liver things, fuck that noise, I am not paid anywhere near enough.” I do appreciate that the drumstick-king isn’t just a drumstick, but actually a drumstick with a turkey face on it, which is some real body horror business, and also it’s wearing a crown and a wig. Just in case you thought the artist was a slacker. They’re clearly not. But giblet pawns were just a bridge too far.

hey you know what

don’t give birth to live young